Home Punjab Are you with farmers or against them? Amarinder asks Kejriwal after Delhi... 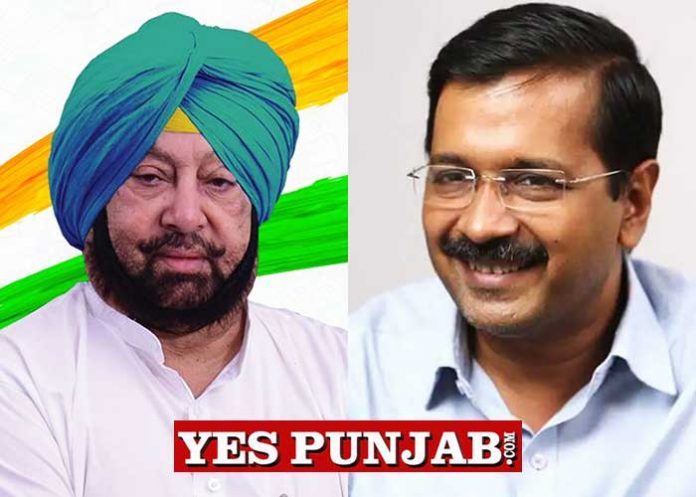 “Are you with the farmers or against them,” Punjab Chief Minister Captain Amarinder Singh on Wednesday asked his Delhi counterpart Arvind Kejriwal, after the latter questioned the legality of the state’s amendment Bills passed in the Vidhan Sabha yesterday without bothering to check the constitutional and legal provisions. The Chief Minister also told his Delhi counterpart that he seemed to be working in collusion with the BJP to ruin farmers.

Reacting to Kejriwal’s tweet raising doubts about the effectiveness of the amendment Bills passed unanimously in the Punjab Assembly, Captain Amarinder said it smacked of total ignorance on the part of the Delhi chief minister. It was a different matter that he could not blame Kejriwal for such ignorance considering that Delhi is not really a state, as a result of which its chief minister did not know the legal nitty-gritties of running a state, he quipped, taking a jibe at Kejriwal’s lack of knowledge on matters concerning states.

However, the Punjab Chief Minister said he did expect Kejriwal to do some home-work before rushing to react to his remarks, ‘that were made in interest of farmers, who I thought you might have some concern for.’

The Chief Minister further said he thought the Aam Aadmi Party (AAP) leader knew his Constitution, which clearly says that u/Article 254 (II) states can seek amendment to central laws for local & contextual needs, as has been done in many cases, especially in CPC & CrPC laws. “Maybe you could check it (the Constitutional provision) now!,” he told Kejriwal.

Captain Amarinder said instead of questioning his government’s Bills, it would be better for Kejriwal to “get out of your IT mindset” and ask AAP’s Punjab unit to back the state government in its fight for the rights of the farmers, unless their support to our Bills was just a façade.

“The ball is in your court – are you with farmers or against them?, he asked Kejriwal, challenging him to come out with a categorical stand on the issue of Punjab amendment Bills, which AAP MLAs in the state had backed in the Assembly but had criticised outside the House to expose their double standards.

Later, reacting to Kejriwal’s tweet suggesting that the state should pass laws to purchase crops at MSP, the chief minister said, “ it seems difficult for the Delhi CM to understand the implications of state purchasing food grain at MSP. “I did explain all that to your state leader, Harpal Cheema, but either, as I said earlier, you’ve no idea how things work in states or in agriculture or you’re hell bent on fooling people,” Captain Amarinder responded.

The chief minister said Kejriwal should understand that the whole fight is to ensure that the centre doesn’t back out of procurement on MSP. He said that with his comments Kejriwal was simply diluting the farmers’ fight, which was possibly his real agenda. “You seem to be working in collusion with the BJP to ruin Indian farmers”, he told the AAP leader.