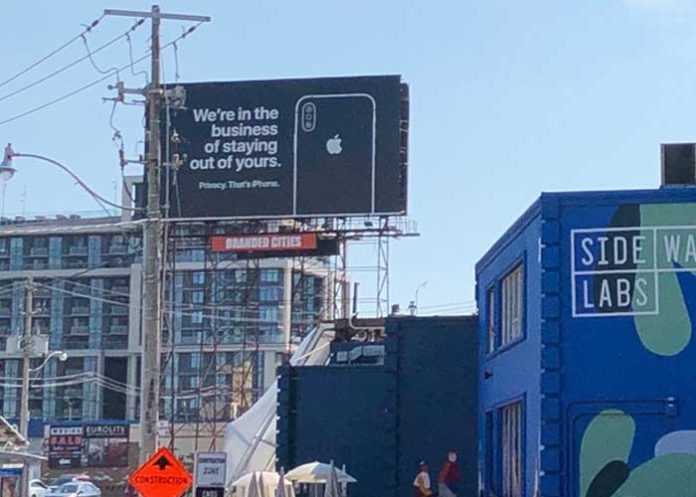 Apple has once again taken a dig at arch rival and Internet giant Google by putting up a billboard reading “Were in the business of staying out of yours”, right next to Sidewalk Labs’ new headquarters in .

Sidewalk Labs is a subsidiary of Alphabet that also owns Google.

“Sidewalk Labs has published a three-volume Master Innovation and Development Plan (MIDP) proposal on how to develop Toronto’s eastern waterfront.

“Instead of criticising the plan and its details, Apple is trying to improve its image by criticising Sidewalk Labs’ sister company Google,” the MSPoweruser reported on Sunday.

Google’s subsidiary Sidewalk Labs has reportedly made it clear that it does not share urban data, user data, or personal data with Google, and has its own separate business model.

During CES 2019 in Las Vegas, the iPhone maker had posted a banner near the entrance of the conference reading “What happens on your iPhone, stays on your iPhone”.  (Agency)