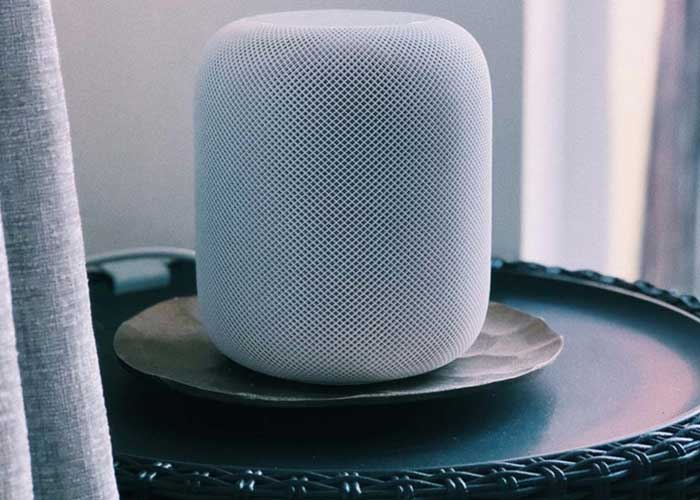 The long wait is finally over for the Indians during the social distancing times when they are streaming and listening to more music that ever. Apple HomePod, which is here to complete the Apple ecosystem at your home or office, landed almost two years late but then, der aaye par durust aaye (better late than never).

Strictly made for Apple fans, the Rs 19,900 device (which is cheaper than most countries) has support for Indian English Siri voices that adapts to its location and delivers high-fidelity audio wherever it’s playing.

The users have access to Apple Music and over 60 million songs from more than two million artists and tens of thousands of playlists which can be accessed via Apple Music and iTunes.

Available in white and space grey colours, HomePod is super easy to set up and Siri can hear you from across the room. Make sure that your iPhone, iPad, or iPod touch is updated to the latest version of iOS.

If you still find any problem, let your kid do the setting up for you (today’s kids, you know!).

The device has some interesting and next-gen mix of engineering and science to surprise every member of your family.

HomePod is able to automatically sense its location in a room, then analyze and adjust the audio so that your music sounds great — no matter where it is placed.

A high-excursion woofer, a custom seven-tweeter array, along with advanced software to deliver the highest-fidelity audio, the device with advanced algorithms powered by the A8 chip analyse the music and environment by tuning the low frequencies and automatically adapting the acoustics for the best sound experience.

Six microphones are perfectly positioned around HomePod. This design lets you speak to HomePod from across the room, as well as while loud music is playing.

The microphone array in HomePod listens to the reflections of the music off neighboring surfaces, and senses if it is against a wall, on a bookshelf, or freestanding in a room.

When freestanding, HomePod beams consistent 360-degree audio throughout the room.

When against a wall or on a bookshelf, the A8 chip appropriately beams direct energy and centre vocals into the middle of the room, while reflecting the ambient reverb and backup vocals against the wall for dispersion in the room.

Each time you move HomePod, even slightly, it uses the built-in accelerometer to detect a change in its location and readapts to the environment.

Magic? Well there is more to come.

Apart from being your intelligent home assistant and controlling sensor-based Internet of Things (IoT) devices at home and office which other smart speakers also perform, conveniently use HomePod to both make and receive phone calls.

With enabled ‘Personal Requests’, incoming calls to your iPhone are automatically directed to your HomePod.

Just ask Siri to answer the phone. To make a call, you can ask by name from your contacts, or simply state a number to call.

As Siri learns your routines, you will get convenient suggestions on your iPhone and you can activate these on HomePod with just your voice.

Apple says that Siri on HomePod is equally as private and secure as it is on its other devices. The detection of “Hey Siri” happens on device, so nothing is sent to Apple until that trigger is detected and the Siri lights up. At that time, the request is sent to Apple using an anonymous Siri ID, and that communication is all encrypted.

You must try songs like ‘The Greatest’ by Sia or ‘Sunrise’ by Norah Jones.

In Norah’s case, HomePod maintains a lot of separation between her voice and the piano, so they work really well together.

While listening to ‘Side to Side’ with Nicki Minaj by Ariana Grande, the high excursion woofer coupled with studio level dynamic process makes for big and deep bass. The snare is crisp, and when you get to the chorus, vocals are big and spacious.

If you are a purist, play the Indian classic music collection or if you are a Bollywood lover, try listening to ‘Tera Ban Jaunga’ from the movie ‘Kabir Singh’.

Conclusion: HomePod beats Amazon Alaxa and Google Home in every department, except the one where interaction in customized, desi languages is concerned (those functionalities will sooner or later arrive on HomePod too).

At this moment, bring this new member to your Apple family, and enjoy a dinner party with HomePod playing in the background during the social distancing times.  (Agency)