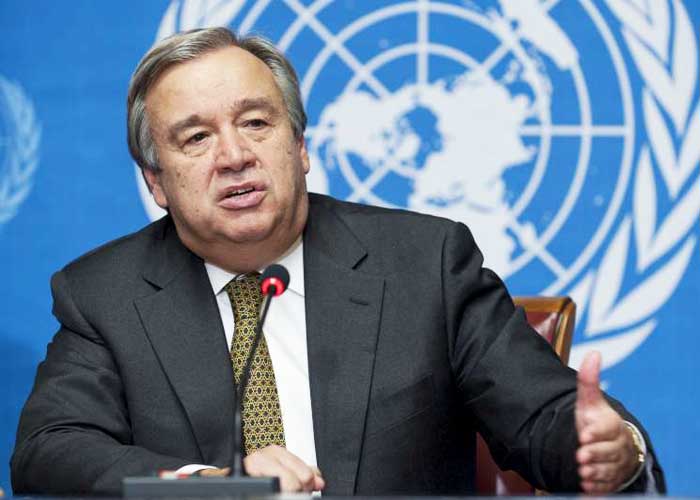 Secretary-General Antonio Guterres will use the opportunity of bilateral discussions with various leaders during the General Assembly discussions to raise the Kashmir issue, his Spokesperson Stephane Dujarric said on Thursday.

Replying to a reporter’s question, Dujarric said: “On Kashmir, the Secretary-General said previously he remains engaged. I think he will also use the opportunity of discussions during the General Assembly to raise it.”

Later, Dujarric clarified that Guterres would be “using his bilaterals with various leaders” to discuss the Kashmir issue and that he “was not referring to public statements”.

He also reiterated at his briefing previous statements calling for dialogue between India and Pakistan.

Dujarric said that Guterres “has also underscored the need for dialogue as the only way to resolve the issue and as part of the solution for the current crisis in Kashmir”.

He wants “to make sure that the human rights aspects are very much dealt with as well.”

That would be in line with Guterres’ statement on Wednesday that his capacity to find a solution to the India-Pakistan disputes “relates to advocacy”.

“Advocacy was expressed and will be maintained” on the issue, he said.

At his news conference, Guterres also said that he could not have a formal role in settling the Kashmir dispute unless both countries agreed to it.

He said that his capacity for helping resolve the situation “is related to good offices and good offices can only be implemented when the parties accept it”.  (Agency)