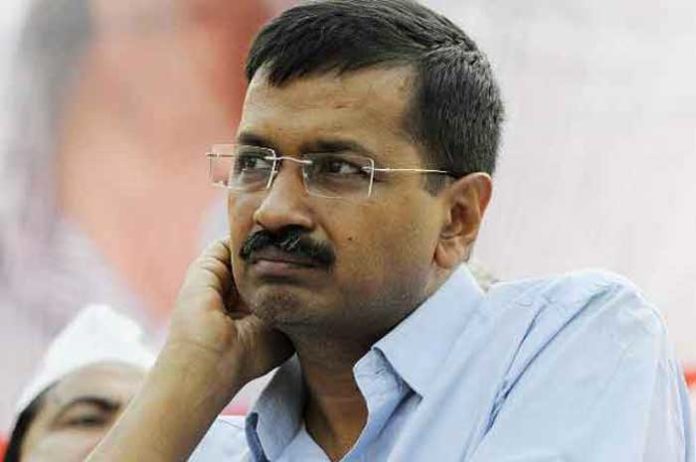 Delhi Chief Minister Arvind Kejriwal, who named Prime Minister Narendra Modi at least 20 times in his tweets between April and May, has turned mute over his anti-Modi remarks after the Lok Sabha results.

While between April 15 and May 15, Kejriwal named Modi in his tweets 21 times mostly in Hindi, he also did numerous re-tweets against Modi and his government.

The Chief Minister went on to accuse Modi of trying to kill him and being supported by Pakistan in the elections.

The Aam Aadmi Party chief even questioned the relationship between Modi and Pakistan. Not only Modi, but Kejriwal also attacked the BJP and its Lok Sabha candidates from Delhi several times.

Kejriwal, with 15.6 million followers on the micro-blogging site, had also said that Modi was trying to horse-trade AAP MLAs to weaken his government in Delhi.

In one of his tweets, he went on to attack Amit Shah and predicted that “Shah will be the Home Minister” after elections.

After the Lok Sabha results, a role reversal of Kejriwal can be seen as a counter to his earlier confrontationist attitude. Interestingly, most of Kejriwal’s anti-Modi tweets were in Hindi and he never tagged Modi while attacking the Prime Minister.

However, post-elections, he tweeted four times about Modi and all in English with tagging him twice.

Among the four post-election tweets, one was congratulating Modi over his victory. On May 23, Kejriwal tweeted: “I congratulate Narendra Modi for this historic win and look forward to working together for the betterment of the people of Delhi.”

The second tweet came on June 20, when the two leaders met and Kejriwal said both the city and Central governments must work together as he assured full cooperation of Delhi government to develop the national capital.

The transformation of Kejriwal was interesting as the AAP and the Modi government have been at loggerheads over a string of issues since Kejriwal became the Chief Minister in February 2015.

Kejriwal had been very vocal against the Modi government and its policies. The BJP said the AAP chief has changed as “Kejriwal has realised that people are with Modi”.

“Those who are an expert of changing colours will do that with the season. They (Kejriwal and AAP) have realised that the season is not to stand against Modi. It is time for standing with Modi as people are with him. They were fooling the people till now,” Delhi BJP Cheif Manoj Tiwari said.

“They (AAP) were thinking that they can put the blame of not working on Modi and BJP. But people are smart. They understood Kejriwal’s plan,” Tiwari said adding now that BJP got landslide victory under the leadership of Modi, “Kejriwal switched his stand as he realised people are with Modi and BJP.”

Countering the attack, AAP spokesperson Saurabh Bhardwaj said when Modi was elected as the Prime Minister for the first time, “the CM (Kejriwal) and Deputy CM (Sisodia) went to meet him. The CM has been meeting the Union Ministers, it is not a new thing that Kejriwal is trying to cooperate with the Central government”.

Bhardwaj said the party and Kejriwal were trying for positive interaction with Modi and Central government.

“Unlike other states, Delhi has a lot of interference from the Centre in terms of law and order, and land. We need to work with the Central government. Working together always helps. We have our political differences and they will remain there. The political difference was there when we were contesting elections. Otherwise, we should work together for the betterment of people,” Bhardwaj added.

The tenure of the Arvind Kejriwal government will end in February 2020 and the city will go for polls in few months.  (Agency)