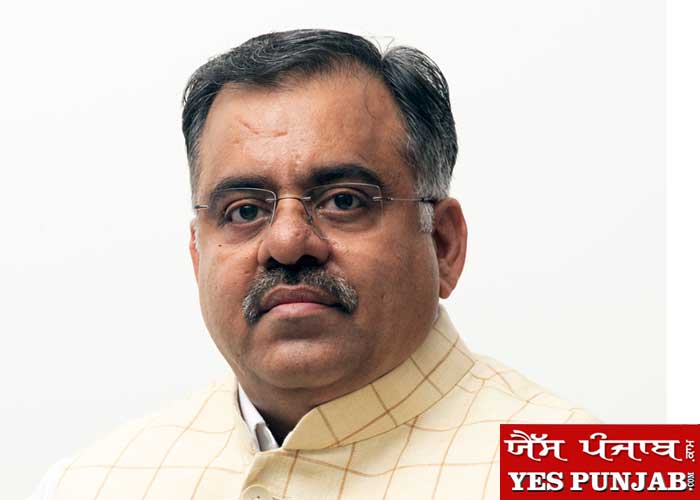 Claiming that the announcement of 2 Industrial Parks in Punjab by the Capt Amarinder Singh-led Congress government was without any vision and planning the Bharatiya Janata Party today said that the Cabinet decision was to befool the people of the state and amounted to rubbing salt on the wounds of beleaguered industrialists of the state.

Terming the announcement as shallow as well as politically motivated, Tarun Chugh, the national secretary of the party said it was highly unfortunate that the government, during the pandemic, was playing with the emotions of people, particularly industrialists, who were already passing through a critical phase.

The BJP leader said the announcement, which comes after 42 months of the government have passed, clearly indicates that this promise was also likely to remain unfulfilled till the government completes its term. “It is nothing but a lollypop promise which would remain unfulfilled like 90 percent of the promises made by Capt Amarinder Singh and the Congress before the 2017 general elections in the state,” Chugh said.

Chugh also questioned the rationale behind announcing two Industrial Parks in Malwa region leaving regions of Doaba and Majha in the lurch. “If the government was serious to boost the trade and industry in the state, why would it not announce any such project for Doaba or Majha.

The people and particularly the industrialists of these regions also need some support for coming out of the financial crunch and to cope up with the challenges they are facing due to the global slowdown in the time of deadly pandemic,” he said.

Border areas, particularly in Majha and Doaba already lag behind as far as trade and industry are concerned. Government’s insensitiveness towards Doaba and Majha has left the people of these regions disappointed.

Chugh reminded Capt Amarinder that he, during his poll campaign had promised special attention and special concessions for border districts such as Amritsar , Gurdaspur , Pathankot and Hoshiarpur to uplift the trade and industry in these areas. He also said that Capt Amarinder had even gone ahead and announced to give power at Rs.5 per unit, a promise which remains unfulfilled till now.

Chugh urged Capt Amarinder to announce Industrial Parks for Majha and Doaba as well so that people of these regions do not feel left out. He also said that Amarinder government should also ensure that these Industrial Parks. do not remain on paper and come into being well before the term of his government ends.