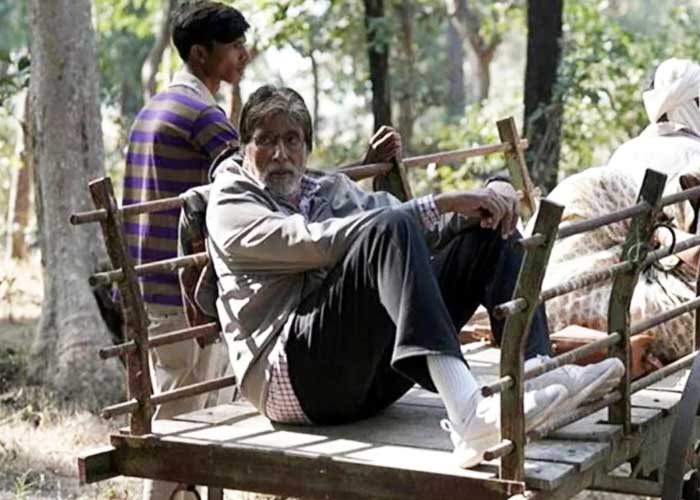 A lawsuit has been filed seeking a stay on the release of the upcoming Amitabh Bachchan-starrer “Jhund”, which is scheduled for hearing on May 28. The film is directed by “Sairat” helmer Nagraj Manjule.

The suit has been filed in the court of Additional District Judge Ranga Reddy at Miyapur, Telangana by Nandi Chinni Kumar, a Hyderabad-based independent filmmaker who alleges copyright violation.

“Jhund” deals with the story of Vijay Barse, coach and founder of the NGO ‘Slum Soccer Foundation’. Vijay encouraged slum children to play soccer, or football, and avoid falling prey to bad habits. Among others, he was the coach of Akhilesh Paul, a gangster turned slum soccer player.

A story on Vijay Barse’s life cannot possibly be complete without showing Akhilesh Paul, who went on to play slum soccer as Indian captain. Nandi Chinni Kumar claims he has bought exclusive copyright of the story of Akhilesh Paul, who has reportedly now told him he sold him the rights only for a documentary and not a feature film. Moreover, Kumar claims, the “Jhund” producers have telephonically informed him that they have bought rights of Akhilesh Paul’s story from the man himself, but are yet to share anything with him in writing.

“I have bought the exclusive copyright of Akhilesh Paul, who is a don turned slum soccer player and went on to play slum soccer as Indian captain. He was motivated by his coach Vijay Barse. Now, Nagraj Manjule ji is making a film on the real-life story of Vijay Barse. Barse has sold the right to make a film on his life story to T-Series, who are the producers of the film. Akhilesh Paul informs me in ‘reply legal notice’ that he has sold the rights to make a film on his life to Nagraj Manjule, which is nothing but breach of contract. He also told me that he never sold me the rights to make a feature film on his life. Rather, he sold it to me for making a documentary,” Nandi Chinni Kumar told.

“Moreover, director Nagraj Manjule, producers Savitaraj Hiremath and Shiv Chanana (T-Series) told me over a telephonic conversation that they have bought the rights from Akhilesh Paul, but they have till now not shared anything with me in writing. Now they are denying it saying they didn’t buy any rights from Akhilesh Paul,” said Nandi Chinni Kumar.

He added: “The producers and director Nagraj Manjule (of ‘Jhund’) have suppressed the facts in legal notice that they received my emails and that they bought the rights from Vijay Barse. On contrary, they are saying that they are making a film from public domain material, which makes the copyright infringement case devoid of merit. I seek a stay on the film’s release in theatre as well as OTT platforms.”

While Nandi Chinni Kumar seeks a stay on the film’s release in both theatres and OTT platforms, the makers of “Jhund” have also filed a petition before the same court not to pass any order in this case without hearing them first, reports timesofindia.com. The report further states that upon receiving notice from the court, the makers of the film have told the court that the movie is about Vijay Barse and not Akhilesh Paul.

Director Nagraj Manjule and T-Series are yet to respond to IANS’ texts asking for a statement from their end.

Meanwhile, Nandi Chinni Kumar is ready with a script of his feature film titled “Slum Soccer” since a long time. However, due to the ongoing legal hassle, the film has been stalled because producers are not ready to back him and want him to get a clearance first, alleges the filmmaker.  (Agency)