Home National Amid pandemic, fake news a challenge for forces in Kashmir 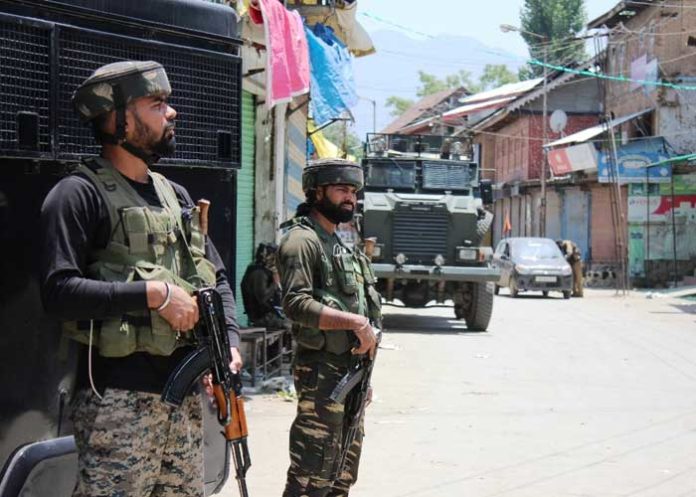 While the entire administration, including the security forces are fighting the oronavirus pandemic in Kashmir, anti-social elements continue to indulge in spreading rumour and fake news.

“Doing such mischief would not help the society since the main objective of rumour mongering is to create a law and order situation by stoking passions. Such anti-social activities only compound the problems of the common man.

“We believe the main purpose of the rumour mongers is to distract the attention of the security forces from doing anti-pandemic duties.

“It is not difficult to understand that rumour mongering in times like this is not only a penal offence, but a crime against the society at large”, said a top intelligence officer.

Rumour has always moved ahead of the genuine news in this landlocked Valley where people in days bygone believed that the world ends at the Pir Panjal mountains.

The latest addition to this by the incorrigible rumour spreaders is that the Supreme Court has advised the government to restore 4G Internet in J&K within 24 hours.

A fake document circulated through social media websites reads almost like a genuine order issued by the registry of the apex court.

The profiles of the petitions, respondents and the officials of the court have been copied and instead of the actual direction of the court that issued notice to the respondents, the fake order speaks of 4G restoration within 24 hours.

The cyber cell of local police has registered a case in this incident and senior officials told that the IP identities, etc. of the rumour mongers have been traced.

“Arrests would soon be made to book the culprits who are disregarding the hard times the country is presently going through”, a senior police officer said.

Even earlier to Thursday’s fake order, fraudsters had thrice circulated fake orders those attributed restoration of 4G Internet to an order purportedly issued by the UT’s home department.

Authorities had to deny repeatedly that such orders ever existed.  (Agency)