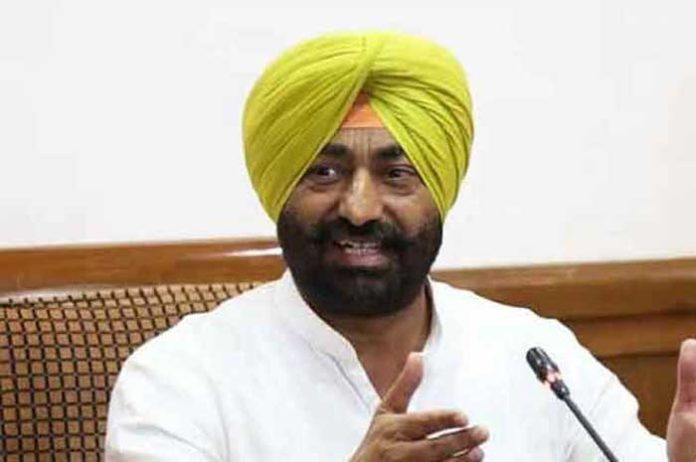 Sukhpal Singh Khaira Bholath MLA and president of Punjab Ekta Party (PEP) today alleged that interests of Punjab were not safe in the hands of Chief Minister Capt Amarinder Singh as he had failed to defend interests of Punjab during the 29th Northern Zonal Council meeting held in Chandigarh on September.

Khaira stated that body language of Capt Amarinder Singh indicated that he was working under BJP pressure on the issue of giving Punjab’s river water to Haryana.

He said that Union Home Minister Amit Shah who presided over the meeting had commented that Punjab would act as an elder brother in matter of river waters dispute with Haryana.

He added that Capt Amarinder Singh had endorsed the Shah’s views by stating that an amicable solution will be found on river water issue.

Khaira said that Capt Amarinder Singh has stepped back from his earlier stand that Punjab has no spare water to give to Haryana. He said that Punjab Vidhan Sabha had passed resolution that no water will be allowed to flow to Haryana and construction of SYL canal would not be allowed. Chief Minister must have rebutted the Amit Shah’ statement in strong words.

Khaira urged Capt. Amarinder Singh to make his stand clear on the SYL issue as his dubious and soft stand during the recently held NZC meeting has created a big doubt in the minds of the people of Punjab.

Khaira questioned the central government why it did not play the role of an elder brother when it unconstitutionally robbed Punjab of its river waters at the time of reorganization of our state in 1966.

He urged Amit Shah to first show magnanimity like a big brother and restore the erroneously allotted river waters of Punjab to Rajasthan and Haryana before pressurising Capt. Amarinder Singh to construct the SYL canal.