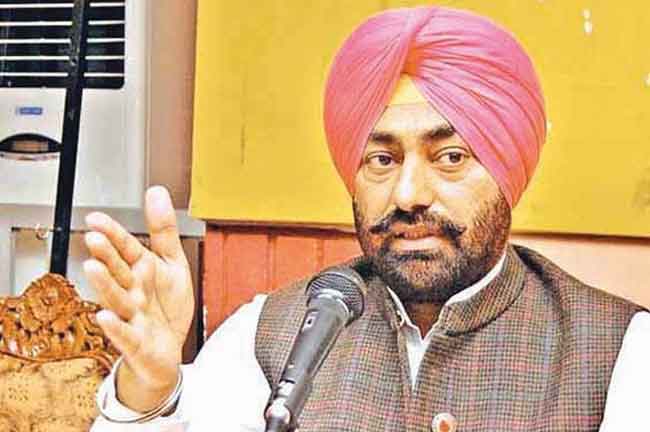 In a hard hitting statement released here today, PEP President Sukhpal Khaira stated that finally the cat of Capt. Amarinder Singh and Badal’s friendship has come out of the bag. Khaira said Capt. Amarinder Singh was engineering defections in AAP to ensure that Sukhbir Badal becomes the Leader of Opposition in Punjab.

Khaira said there is every possibility of more AAP MLA’s joining Congress so that the number of AAP MLA’s decreases from that of Shiromani Akali Dal. Khaira said as of now the number of AAP legislature has come down to 15 MLA’s after the resignation of Mr. Phoolka, Master Baldev Singh and myself, two others i.e. Nazar Singh and Amarjit Singh Sandoya have defected to the Congress.

Khaira said although even now SAD-BJP having a strength of 17 in the assembly and can stake claim to the post of LoP but Capt. Amarinder Singh doesn’t want his friend Sukhbir Badal to depend on BJP, hence he will ensure atleast two more defections of AAP MLA’s, to ensure smooth transfer of LOP to the junior Badal.

Khaira said although the deep friendly links between the Capt. and Badal family have already been established, as the Congress government has initiated no action against the Badal or Majithia families on the burning issues of corruption and drugs, despite repeated demands by more than 40 MLA’s of the Congress.

Similarly, Capt. Amarinder Singh has given a safe passage to the Badals on the burning issue of sacrilege of Guru Granth Sahib and the Behbal Kalan killings. He first set up a commission, then a SIT and has now failed to challenge the transfer of Kunwar Vijay Partap Singh by the ECI, despite popular demand by all parties and the people of Punjab.

Khaira said it was a matter of record, that the business of Sukhbir Badal is growing in the regime of Capt. Amarinder Singh, as Orbit and Metro Eco Green Pvt. Ltd. companies of the junior Badal have recently acquired two vital transport companies, i.e. Onkar Bus Service of Jalandhar having a fleet of 28 bus permits and Dhillon Bus Service of Barnala having a fleet of 11 bus permits.

Khaira said Capt. Amarinder Singh by engineering defections at this crucial juncture when polling to Lok Sabha is around the corner, has clearly admitted that he is dead scared of the growing strength of PDA in Punjab.

As per popular reports Capt. Amarinder Singh is loosing his home seat of Patiala as well the seats of Khadur Sahib, Ludhiana, Faridkot, Bathinda etc., hence he wants to join forces with SAD-BJP, to defeat the fast emerging third alternative in Punjab politics.

Khaira said although defections were bad for the polity of Punjab and he condemned the Bhajan Lal style of role adopted by feudal Capt. Amarinder Singh, but he was of the opinion that the lines of those supporting corrupt policies of Congress, SAD-BJP and those opposing should be clearly drawn.

He said AAP was only creating a bogus hue and cry of being a revolutionary party, as Kejriwal after tendering apology to Bikram Majithia and begging the Congress for an alliance stood exposed as a party of bogus “Inqalabi’s”.