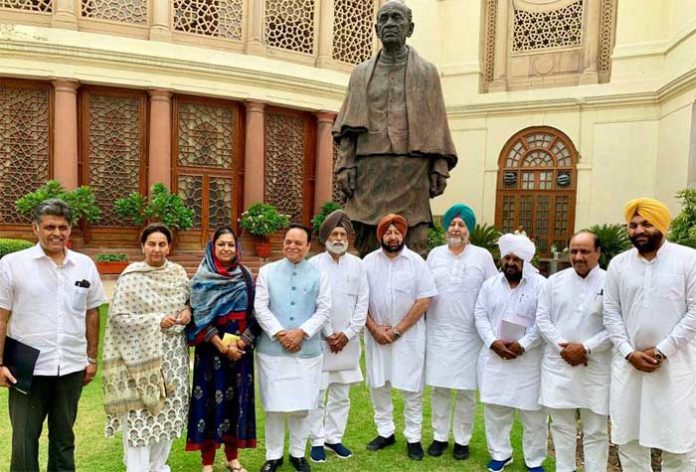 All the recently elected Congress Lok Sabha MPs from Punjab, except Ravneet Singh Bittu, were present.

The Chief Minister spent an hour with them, along with AICC Punjab in-charge Asha Kumari.

Some of the MPs had met Captain Amarinder on Monday to request him to visit the Central Hall.