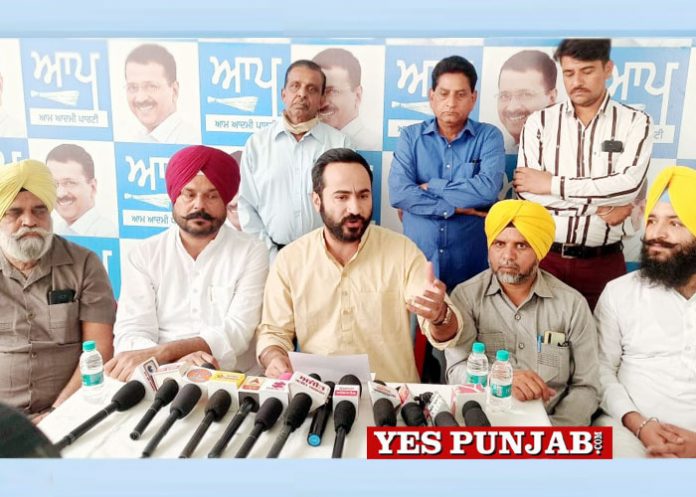 Addressing a press conference here on Saturday, state youth wing president and MLA Meet Hayer said that the Amarinder Singh government had not only reneged on the poll promises it pedalled among the people to reverse the PPAs with private power companies but had also facilitated an open ‘loot’ of the PSPCL and common household at the hands of power mafia.

Meet Hayer said that it was the right time for the government in the saddle to cancel the controversial PPAs, so that the consumers in the state paying an exorbitant rate of electricity could heave a sigh of relief.

The AAP MLA said that while on the one hand people of Punjab were made to buy expensive electricity compared to other states, on the other, the government was paying a hefty amount of Rs 5 crore to private thermal plants on a daily basis without purchasing single unit of power on account of fixed charges, which worked out to Rs 150 crore a month.

He added that the PPAs inked by the previous Badal government for 25 long years, the state had to pay a whopping Rs. 70,000 crore as fixed charges to the three private thermal plants, which would burn a big hole in the consumer’s pocket.

The youth leader said that Capt Amarinder Singh should, instead of making appeals to the farmers and arm-twisting them to shun their agitation, meet the Prime Minister to reverse decision on the black farm laws, adding that the entire Punjab farmers and others were on the road to fight back the central black laws..

The AAP leader said that as during the previous BJP-SAD government in the state, Sukhbir Singh Badal had gone on to enter into anti-state agreement with private power companies at the expense of the government thermal plant dedicated to Guru Nanak Dev, both finance minister Manpreet Singh Badal and Chief Minister Amarinder Singh were all for its closure and doling out the land to private players for peanuts, which was why the government shelved the proposal/ recommendations of the Board of Directors (BODs) of Bathinda Thermal Plant to run it on straw, thus solving the stubble burning issue

The AAP MLA said that if the Amarinder Singh government failed to scrap the agreements with the private thermal plants, the Aam Aadmi Party, if voted to power in 2022, would scrap the one-sided and anti-Punjab packs on a priority basis to provide cheaper electricity to the consumers as the Kejriwal government in Delhi had done it.