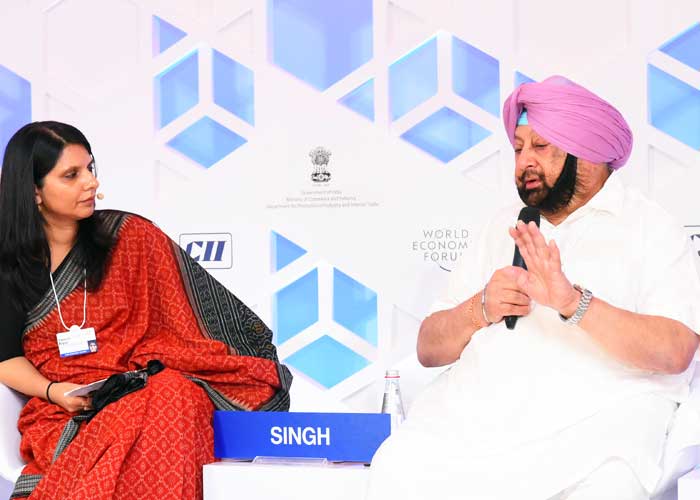 Punjab Chief Minister Captain Amarinder Singh on Thursday demanded more resources for states to facilitate their overall development, while urging the central government to resolve all GST related issues at the earliest to ensure that the states do not continue to suffer because of delayed release of the payment.

Pointing that numerous amendments introduced so far in the GST Act, the Chief Minister said it appeared that the Centre had not thought through the new tax system before implementing it.

Punjab had been repeatedly raising the issue of delayed GST payment with the central government but had got nothing except deadlines, he added, flaying the Centre for holding up states’ share under GST.

Addressing a session ‘Union of States’ at India Economic Summit here, and talking informally to mediapersons later, Captain Amarinder expressed concern over the dwindling financial assistance to states from the Centre.

He observed that at one point in time the distribution of funds used to be in the ratio of 90:10, which now had gone down drastically. He cited the example of the Post Matric Scholarship for SC students, which Delhi was earlier sponsoring, but from which the Centre was planning to pull out. He said he had taken up this issue with the centre.

The reducing pattern of devolution of taxes between the state and the Centre was a matter of grave concern, he said, asking, “Why should I be borrowing for fulfilling my statutory obligations like salaries?”

Just like the Centre can draw and borrow from national resources, in a federal system states too must be able to keep more resources to itself, said Captain Amarinder Singh, in an oblique reference to the recent withdrawal of funds by the Government of India from the Reserve Bank of India.

Referring to the global financial crisis, the Chief Minister said Punjab was largely insulated as a result of its growing industrial base and strong agrarian economy. The state had already received Rs. 50,000 Crores of investment since his government took over, and was now viewed as a favoured destination, he added.

Earlier, speaking at the Summit, Captain Amarinder said that the Centre could not absolve itself of its responsibility in taking states like Punjab, which have for ages borne the burden of feeding the nation, forward on the path of development.

Punjab was tasked with responsibility of ensuring the food security of the entire nation, which it had been fulfilling since the days of the Green Revolution, the Chief Minister pointed out, adding that it was now time for the Centre to hold Punjab’s hand and complement its efforts to further develop its capabilities.

Being the Food Bowl of India since 1960s, Punjab understandably could not concentrate on developing its industrial bases then, he further pointed out, calling for central support to its programmes and policies for economic an social development.