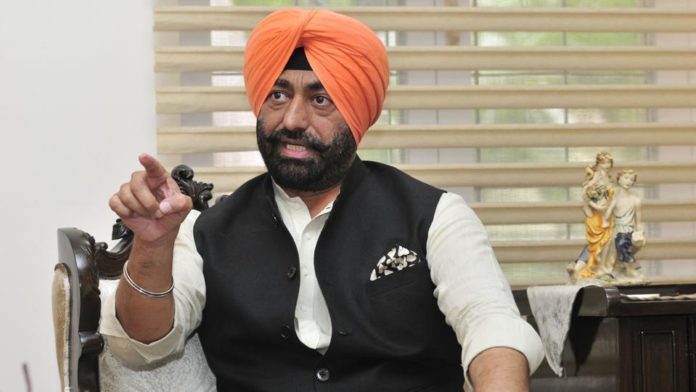 In a hard hitting statement Khaira said that the SIT formed to investigate the role of police and SAD leaders in the Behbal Kalan case on the recommendations of Justice Ranjit Singh Commission had quietly submitted challan in the Faridkot court on April 24, giving clean chit to Badals. He said that Capt Amarinder Singh’s lofty statements of putting Badals behind bars were only political gimmicks and reflection of his true political character.

Khaira stated that the timing of transfer of SIT member IGP Kunwar Vijay Partap Singh who questioned Badals and filing of challan in his absence has raised many questions about the involvement of Capt Amarider Singh in the conspiracy hatched by Badal to get Kunwar Vijay Partap transferred under the garb of election model code.

He strongly condemned Capt Amarinder Singh for allowing Badal to go scot free and added that even a day after the challan was presented in the court Chief Minister continued to befool people with his false statements of putting badals behind bars. He described the conduct of Capt Amarinder shameful and below the dignity of office he is holding.

Khaira said that giving clean chit to Badals in the Behbal Kalan case was slap on the face of Capt Amarinder Singh and his loud mouthed ministerial colleagues who were making statements inside and outside the Punjab Vidhan Sabha to arrest Badals, accused of sacrilege cases and firing on Sikhs.

He said that giving clean chit to Badals before Lok Sabha elections was not without political motives and an attempt to give political advantage to Harsimarat Kaur Badal and Sukhbir Singh Badal who are contesting from Bathinda and Ferozepur respectively.

He asked Capt Amarinder Singh if it was predetermined to give clean chit to Badals then what was the need to set up inquiry commission and waste the public funds on such a futile exercise. He said that SIT was formed only to white wash the role of Badals in sacrilege cases. He added that challan filed by police only named police officers.

Khaira said that he was telling time and again that Capt Amarinder Singh and Badals are in secret pact to protect each other in politics and criminal cases against each other. He said that Capt Amarinder Singh had contested against Badal from Lambi in 2017 assembly poll to ensure his victory and fielded Ravneet Bittu from Jalalabad to save Sukhbir Badal from sure defeat.