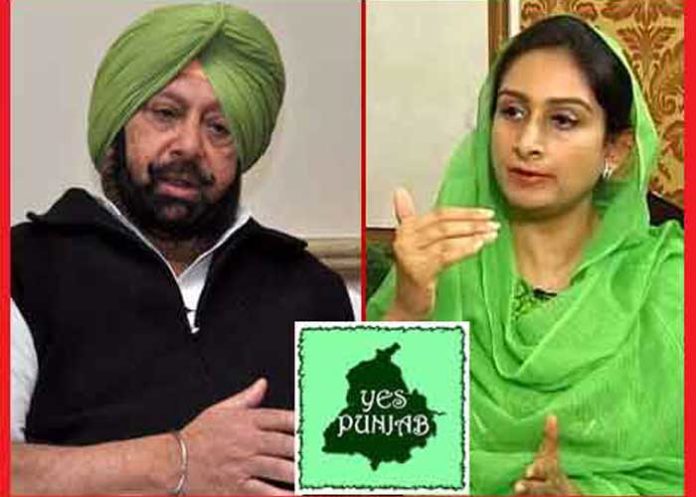 Dubbing Harimsrat’s repeated attempts to malign his government with baseless accusations as the brazen lies of an ill-informed woman, the Chief Minister said the union minister was trying to reduce the sacred occasion into a disgraceful saga of fibs and fabrications.

Instead of asking the SGPC, which was a tool in the hands of her Shiromani Akali Dal (SAD) to extend support to the state-level function, Harimsrat was going all out to drive a deeper wedge between the government and the religious body, said the Chief Minister.

For 10 years they (SAD) leaders) worked to destroy every vestige of Punjab’s socio-economic fiber, and are now trying to push the state back into its dark days with their insensitive and contentious statements, he said.

Harsimrat talks of oneness, unity and peace, but her deeds are in complete variance with her comments, said the Chief Minister, pointing out that the Akalis had reduced the Shiromani Gurdwara Prabhandak Committee (SGPC) into a political instrument for their short-term gains.

His government, said the Chief Minister, had been persistently appealing to all, including the SGPC, to rise above petty differences and celebrate the lifetime event in the spirit of Sri Guru Nanak Dev ji’s teachings. However, this does not suit the interests of the Akalis, who are hell-bent on spreading disinformation and disharmony over the issue, he added.

Reiterating his government’s total support to SGPC for the celebrations of the event inside Gurdwara sahibs and properties controlled by the Committee, Capt Amarinder once again appealed to the SGPC chief to join hands with his government to commemorate the grand occasion in a collective spirit of amity and brotherhood, rising above political, social and religious considerations.

In his letter to SGPC chief, the Chief Minister solicited the SGPC chief’s wholehearted support to ensure a befitting celebration for the grand occasion, in line with the ethos and philosophy of universal brotherhood as propounded by the first Sikh Guru.

In continuation of his earlier letter to the SGPC Chief, Captain Amarinder apprised him that state government had, on the directives of Jathedar Sri Akal Takht Sahib, already nominated two Cabinet Ministers Charanjit Singh Channi and Sukhjinder Singh Randhawa for inclusion in the joint commemoration committee.

“I had also designated three ministers who had personally met you at your residence on June 29, 2019 to request you on my behalf to come together for this sacred occasion which we all are privileged to witness in our lifetime,” the Chief Minister recalled.

Pointing out that the state government had undertaken various development and infrastructural initiatives leading up to the momentous occasion, Captain Amarinder further mentioned that elaborate programmes had already been finalised by the state government for the event main function, which would be held on November 12, 2019 at the holy city of Sultanpur Lodhi.