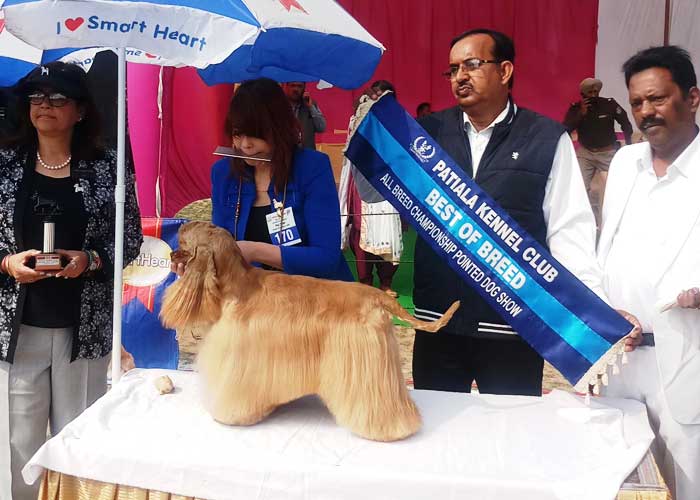 Mayor Mr. Sharma and DC Kumar Amit released memorable Souvenir of the Show. Mr. Sharma told that the Chief Minister Captain Amrinder Singh took the decision to hold the Heritage Festival every year at Patiala to connect the youth with their rich heritage and culture.

The spectators were amazed to see some exotic & rare breeds. Kids were enjoyed by watching the smallest and the largest breeds of canine world. People from all walks of life thronged the Show in large number.

Patiala Kennel Club has been endeavoring to keep alive the old tradition of the princely city of Patiala for its love for dogs. It was in this part of the country the first The Northern India Kennel Association was formed in 1926, which was later changed into the Kennel club of India.