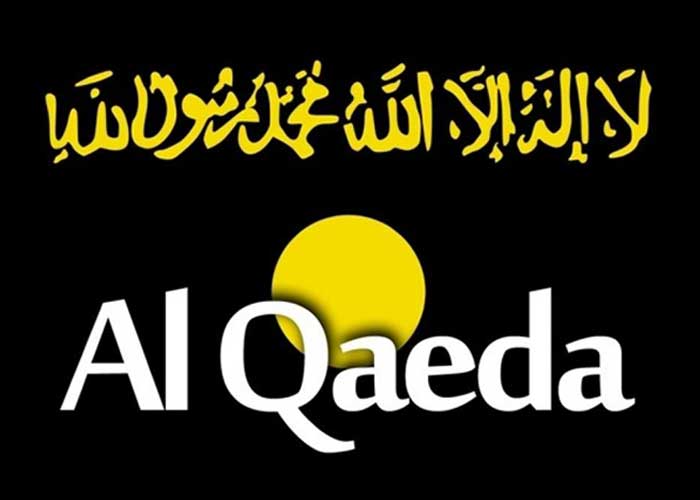 New Delhi, Oct 28, 2020-
Abu Mohsin Al-Misri, Al Qaedas second in command in the Indian sub-continent, was killed in the central Ghazni province, some 150 km south of the capital of Kabul, on October 25.

Al-Misri was on the Federal Bureau of Investigation’s (FBI) most wanted list. He was charged with conspiracy to kill US nationals. Misri’s killing in Ghazni reveals that the Al-Qaeda core still resides in the badlands of the Afghanistan-Pakistan (AfPak) region.

“The Taliban must prove to the Afghan people, the government and the international community through actions that they will sever ties with all terrorist networks and groups, including Al Qaeda, renounce war and violence, and accept a permanent cease-fire to ensure lasting and dignified peace in the country,” said Afghanistan President Ashraf Ghani.

In line with the landmark peace deal with the US, which was signed earlier in February, the Taliban have pledged to cut ties with all terrorist groups, including the Al-Qaeda. In return, the US committed to withdraw all foreign forces from Afghanistan by July 2021.

However, the fact is that the Al-Qaeda and Islamic State (IS), both are alive and kicking, despite the Taliban’s promises to severe ties with the latter. Al-Qaeda’s longevity over the years can be credited to its connections and collaborations with the Taliban.

The Haqqani Network, which are armed allies of the Pakistani Army, has also established strong ties with a wide variety of terrorist groups. Today, despite ideological differences between the groups, the Taliban, Al-Qaeda and IS enjoy the benefits of overlapping loyalties, shared military commanders and of course the patronage of the Pakistani establishment.

Since last year, Al-Qaeda’s leadership, including its chief Ayman al Zawahiri, has repeatedly called for a renewed jihad in Kashmir against India. Almost six years after Al-Qaeda in Indian Subcontinent’s (AQIS) formation as the regional subsidiary of the infamous transnational jihadist group, the organization is shifting its violent campaign to Kashmir.

In March, this year, the AQIS claimed that the group would change the title of its long-running publication Nawa-i Afghan Jihad to Nawa-i Gazawatul Hind, announcing its intention of Indian-centric strategy with Kashmir as the epicenter.

Al-Qaeda’s South Asian affiliate is making inroads into Kashmir and India with this shift in focus, reinvigorating the so-called Gazawatul Hind campaign, or ï¿½final battle against India.’

Indian agencies have been able to apprehend modules of Al-Qaeda from various parts of India. Last month, the National Investigative Agency (NIA) busted one such Al-Qaeda module in West Bengal and arrested 9 suspects.

All these recruits came from the training camps of Pakistan-sponsored terrorist organisations Lashkar-e-Taiba and Jaish-e-Muhammad. According to Indian security experts, after getting marginalised by India after the abrogation of 370, Pakistan has become desperate and asked Lashkar-e-Taiba (LeT) and Jaish-e-Mohammed (JeM) to provide support to Al-Qaeda.

The March 2020 issue of AQIS’ magazine, Nawa-i Afghan Jihad, featured an article titled “Kandahar (Afghanistan) to Doda (Kashmir): The Season of Hopes.” The issue elaborated on Al-Qaeda’s intention and endeavors to strengthen its foothold in Kashmir.

The author of that article, Mohammed Shakir Trali, a Kashmiri from the Tral area of the valley, wrote about the changing situation and how Al-Qaeda plans to sustain its efforts to propagate Islam and jihad for the oppressed Muslims of the region.

Trali mentioned how AQIS succeeded in regrouping and mobilizing different militant factions under its banner in Kashmir with militants belonging to Pakistani terrorist groups LeT and JeM.

According to a UN report issued in June, Al-Qaeda and Taliban are closely working together. The report says that Al-Qaeda leader Ayman al-Zawahiri has maintained close ties with the Taliban despite the Taliban’s promise to the US to cut ties with the group.

The report also highlighted that some 6,500 Pakistani nationals are among foreign terrorists operating in Afghanistan, and JeM and LeT play a key role in bringing foreign fighters into the country.

“Senior figures remain in Afghanistan, as well as hundreds of armed operatives,” the coordinator of the United Nations monitoring team for Daesh, Al-Qaida and the Taliban, Edmund Fitton-Brown, said during a webinar, Tolo News said.

Key members of Al-Qaeda’s central leadership continue to see Afghanistan as a strategically important base despite the availability of more permissive potential bases and the considerable threat of U.S. counterterrorism activity.

This is most obvious in the case of the Al-Qaeda chief. According to the United States Central Command (Centcom) Chief General Kenneth F. McKenzie, the US military assesses that al-Zawahiri is in Afghanistan.

Al-Qaeda’s once heir apparent Hamza bin Laden, the son of the movement founder Osama bin Laden, also appears to have remained in Afghanistan before being killed in the Afghanistan-Pakistan border region.

A Taliban “victory” in Afghanistan would also increase India’s concerns since it could provide fresh fuel for anti-India terrorist groups operating in the Kashmir area.

Groups such as JeM and LeT have been co-operating with the Taliban and the Al-Qaeda and have been found orchestrating attacks in Afghanistan as well.

The attack on Indian security forces in February 2019 in Pulwama was carried out by a suicide bomber reportedly inspired by the “Taliban victory” in Afghanistan. The bomber, a JeM member, encouraged Kashmiri youth to wage jihad against India, underlying the success of the jihad waged by the Taliban against the US.

Such cases of ï¿½jihadi inspiration’ could increase once the US leaves Afghanistan. And that’s the end game plan Pakistan hoping for. Meanwhile, India has to remain firm in its resolve. (Agency)