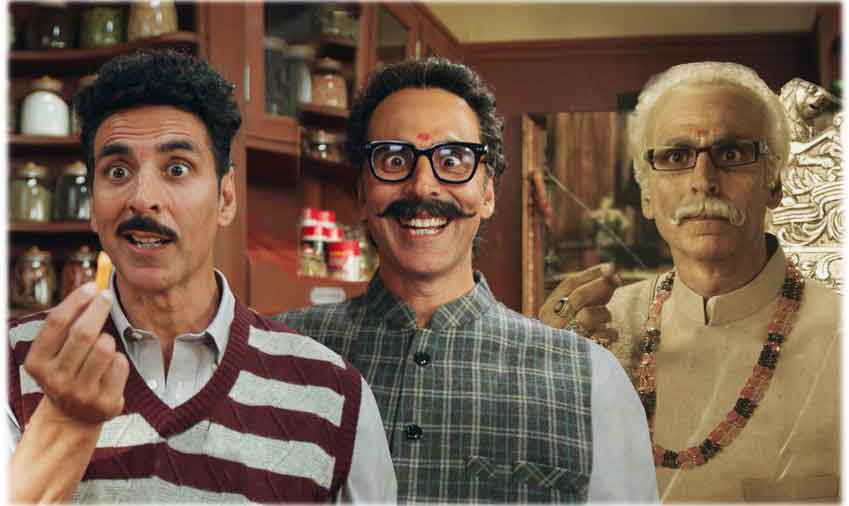 Triple the fun with Khiladi Kumar? The celebrity posted a picture of him ecstatically holding what seems to be a Kurkure. This is the first time that Akshay is seen donning the hat and playing a triple role.

Akshay is seen in triple generation avatars portraying himself as a young lad, a father and a grandfather. There are speculations that if not a movie, Akshay Kumar could be endorsing the brand. The snack brand, has positioned itself as the family entertainer, and is known for lining up a multitude of celebrities in the past. His popularity and sense of humour marries well with the brand.

Is the brand sending a message that the treat is a favourite family one or could it be a sign that Akshay is set to star in his most ‘masaledar’ role for the year?

Queries sent to the brand have gone unanswered.

With a handful of projects that Akshay is working on currently and yet another exciting role up his sleeve, fans could be in for a completely loaded year of their favourite entertainer.  (Agency)