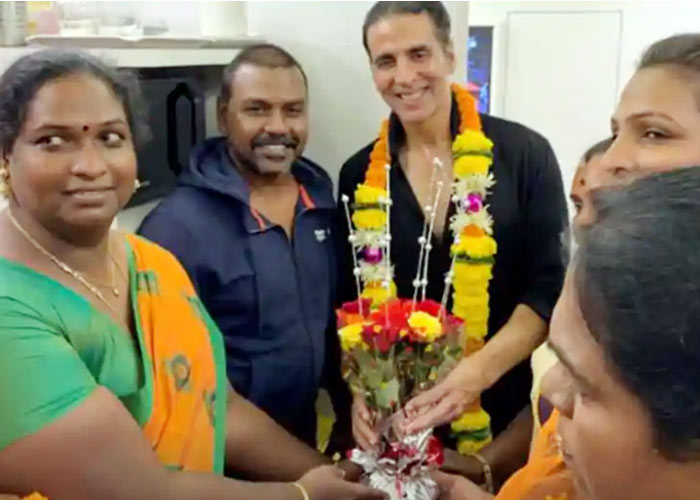 Bollywood’s Akshay Kumar never fails to amaze his fans with his generosity and his support for good initiatives in India. However, he has managed to top his efforts once again by announcing that he has donated Rs 1.5 crores to help build a home for transgender people in Chennai.

Akshay, who will play the role of a transgender in the upcoming film Laxmmi Bomb, made the donation to the film’s director Raghava Lawrence after being inspired by his work with his own foundation, The Lawrence Charitable Trust, which has been initiating various projects for education and homes for children.

Akshay is no stranger to using his A-list status to support and raise awareness for communities be it to provide free self-defence training for girls to raising vital funds for the families of martyred soldiers.

The move has been praised by many with businessman Anand Mahindra tweeting his respect for the A-lister while Raghava Lawrence thanked him for lending his huge support.

Akshay Kumar has three exciting films lined up for 2020. The actor will next be seen in Rohit Shetty’s cop universe saga Sooryavanshi, followed by horror-comedy Laxmmi Bomb and he will be ending the year with historical drama Prithviraj based on the heroic Prithviraj Chauhan.