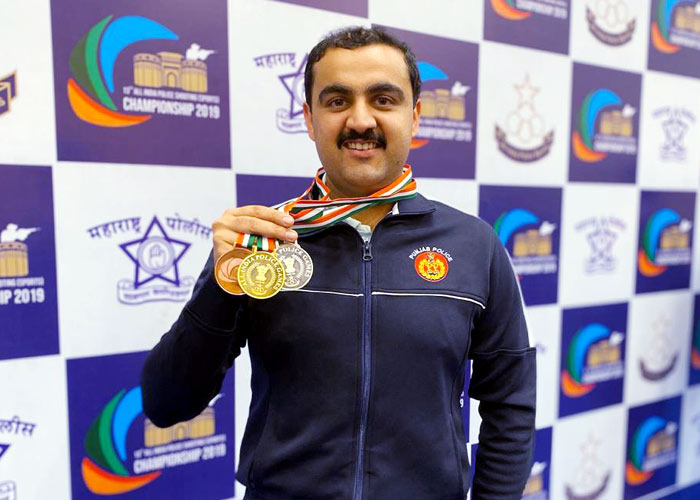 In the 13th All India Police Shooting Championship which concluded at Pune in Maharashtra today, Sub Inspector Ajitesh Kaushal has made a mark.

The officer presently posted at S. A. S. Nagar and son of AIG Police, State Crime, Mr. Rakesh Kaushal, has won 3 medals in the championship. He won Gold in the 25 metres Rapid Fire Pistol event by beating London Olympics Silver Medallist Vijay Kumar. Ajitesh was also part of the Punjab Police team which won Bronze medal in the same event. Not only this, Ajitesh also bagged a Silver in the Standard Pistol event at the championship.

He is an international level shooter and it was in recognition of his achievements that he was recruited as Sub Inspector in the Punjab Police by the Chief Minister Captain Amarinder Singh two years ago as a special case.