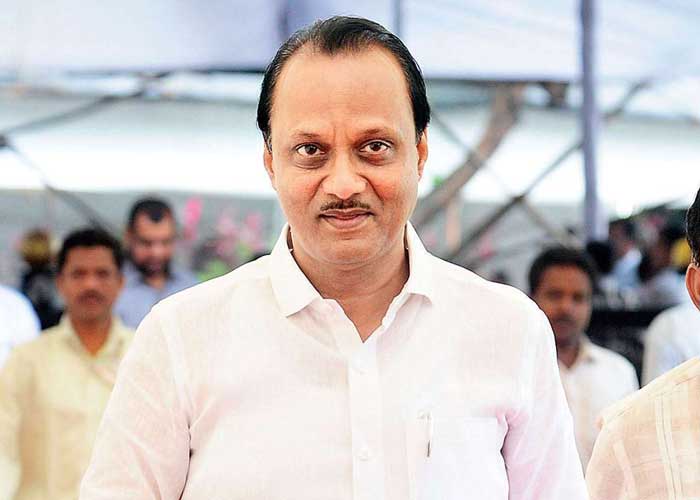 The placards at Hotel Trident where the legislature party meeting of three parties — Shiv Sena, NCP and Congress — was being held, announced: “We love you Ajit Dada Pawar.” Despite being absent, the rebel NCP leader let it be known loud and clear: he has a clout. Having turned the tables on his mentor and uncle Sharad Pawar three days back, Ajit Pawar seems to have succumbed to the persuasion of his extended family and resigned as Deputy Chief Minister.

While Ajit Pawar chose to keep away from the Maha Vikas Aghadi Legislature Party meeting, the NCP floor leader Jayant Patil said he would go and meet him.

The ‘deal’ or an understanding in the Pawar family is not yet public, but sources say the family is closely knit and even celebrated ‘Bhai Dooj’ together in the glare of the cameras. The nephew, like his uncle, is unpredictable and temperamental, said a party insider. He often sings one of Kishore Kumar’s best: “Mere dil mein aaj kya hai, tu kahe to me bta dun” (what lies in my heart, if you say, I can tel you).

Famiy insiders say when ‘Ajit Dada Pawar’ crossed the fence, he didn’t tell his family. But after his revolt, the persuasion by Sharad Pawar, which made Ajit to resign, shows his importance in the NCP and the state politics.

After all, when Sharad Pawar moved to Delhi politics, it was Ajit who was given a free hand to run the party affairs. But the entry of Supriya Sule, Sharad Pawar’s daughter, made him uncomfortable.

Whether Ajit Pawar stays on with the BJP or returns to the NCP, it’s not clear. But NCP is trying to bring him back to the party fold to avoid future revolts in the three-party state government.  (Agency)