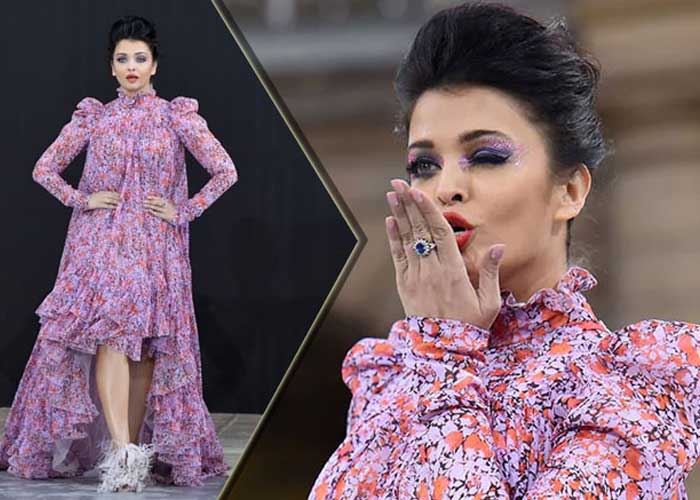 He wrote: “@loreal you have one of the prettiest girls in the world and this is how you do her make-up and dress her? Sack the stylist for this sack dress with a note that Halloween is next month.”

Many users called it as a “disaster”.

One user commented: “The dress, the make-up, the hair… It’s all so atrocious… It looks like a 6-year old was given a free reign on her face…”

However, there were some who defended Ash, saying she had managed to pull it off despite the disastrous style statement.

“She still managed to pull it off,” add the Instagram user.

On the work front, Aishwarya will be seen in Mani Ratnam’s next film, which is based on Kalki Krishnamurthy’s popular historical novel “Ponniyin Selvan” (The Son Of Ponni).

According to reports, she may have a double role in the film.  (Agency)