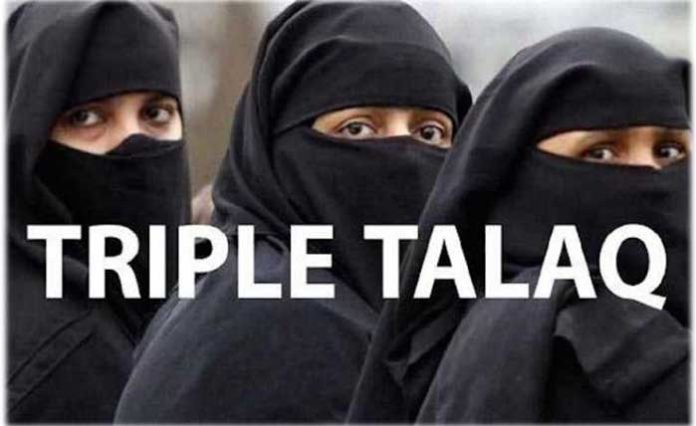 The All India Muslim Personal Law Board (AIMPLB) has moved the Supreme Court challenging the Muslim Women (Protection of Rights on Marriage) Act which criminalise practice of triple talaq.

In a petition filed by members of the Executive Committee of AIMPLB, Kamal Faruqui, said the Muslim Women (Protection of Rights on Marriage) Act 2019 is unconstitutional as it violates Articles 14, 15, 20, 21, 25 and 26 of the Constitution and has been enacted, criminalizing mere pronouncement of triple talaq.

The petitioners said the Act is arbitrary and unwarranted and wrongfully interferes in the Muslim Personal Law thereby breaching Articles 25 and 26 of the Constitution.

“It invades the privacy of a citizen and allows the pronouncement of ‘talaq-e-biddat’ to be reported by anybody related to the wife by blood or marriage without the consent of the wife or husband. It brings into the public sphere intimate details of the marriage and as such is a violation of the right to dignity and privacy”.

The petitioners also said that ‘desertion’ which plagues all the communities in the Indian Society is not a crime at all. “In such circumstances to enact a law to declare talaq as void and impose criminal consequences on such pronouncement is excessive and disproportionate. Furthermore, the fact that ‘desertion’ has not been criminalized yet, only furthers the assertion of the petitioners that the impugned act is violative of Article 14 of the Constitution,” the petitioner said.

Passed by the Centre on July 31, the ‘triple talaq’ law criminalises the pronouncement of divorce or ‘talaq’ and prescribes up to three years’ imprisonment as punishment.

Earlier, various similar petitions were filed in the top court which agreed to examine all such petitions, asking the Centre to file its response on them. “Such a form of divorce had already been declared unconstitutional by the Supreme Court vide its judgement dated August 22, 2017 rendered in Shayara Bano vs Union of India,” said a petition filed by Jamiat Ulaima-i-Hind.  (Agency)