Home National After respite, Delhi to remain hot on Thursday 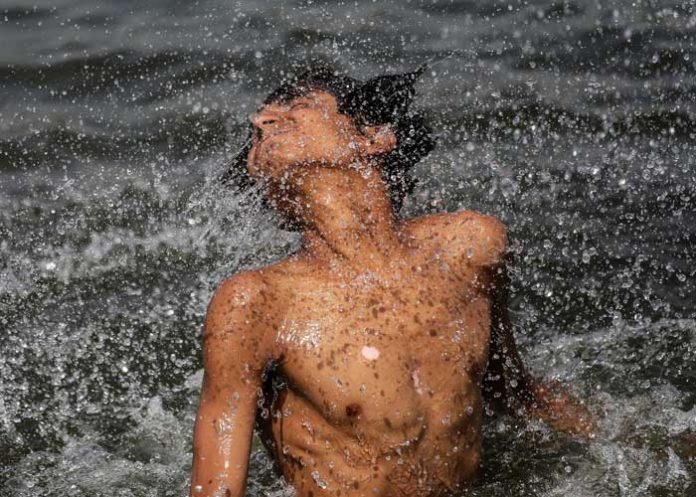 Although the temperature fell by 7 degrees Celsius to 33 on Wednesday evening following a dust storm, there will be no rains and no relief on Thursday in Delhi from the intense heat.

The maximum temperature is likely to touch 43 degrees on Thursday though there is no forecast of heatwave.

On Wednesday, the maximum temperature fell from 41.6 degrees Celsius to 33 degrees in a short span in the evening following the dust storm and rains at isolated pockets in the city.

But the temperature on Thursday morning rose to 34.2 degrees Celsius.

On Thursday, the sky would be partly cloudy but there be no rains, according to the India Meteorological Department (IMD).

“We do not expect rains in Delhi in the next few days. There can be rains on June 17-18 due to pre-monsoon activities,” said an IMD official.

According to private forecaster Skymet, the moisture-laden winds from the Arabian Sea to north India will help keep the mercury under control.

IMD said the heatwave in the country will end within two days once the southwest monsoon that is held up near Karnataka due to cyclone Vayu moves north.

On Monday, the mercury in Delhi crossed 48 degrees Celsius, setting a record for the hottest day in June.  (Agency)