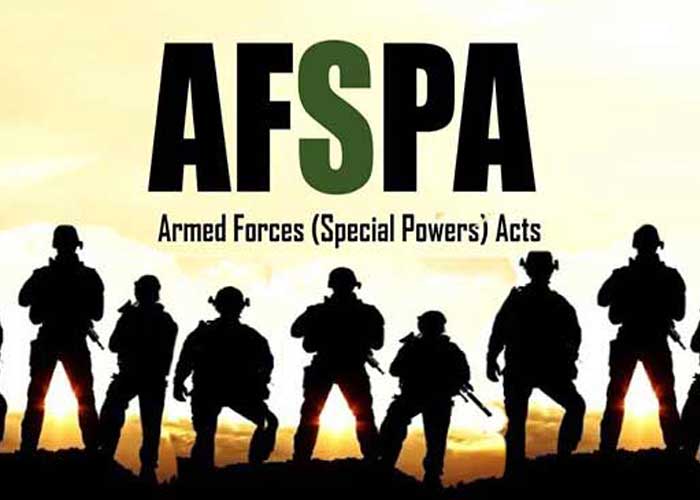 The Armed Forces (Special Powers) Act (AFSPA), which had been extended to the disturbed areas of Arunachal Pradesh last year, will remain in force till September.

A notification issued by the Ministry of Home Affairs said that the Central government has decided to retain the 1958 Act in three districts of Arunachal Pradesh — Tirap, Changlang and Longding — and the area falling within the jurisdiction of four police stations, after a review of the situation.

The four police station areas include Namsai and Mahadevpur in Namsai district, Roing in Lower Dibang Valley district and Sunpura in Lohit district. They were declared ‘disturbed areas’ in October last year.

Though there is no terror group based out of Arunachal, parts of the state have presence of members of the banned militant groups of the neighboring states of Assam and Nagaland.

The disturbed areas in Arunachal have witnessed militant violence carried out by NSCN, Ulfa and NDFB.

Incidentally, China contests Indian sovereignty over Arunachal Pradesh, a hill state in the northeast bordering Tibet. With an area of around 84,000 sq km, Arunachal has a population of around 1.5 million people.

India’s boundaries, including the princely states which acceded to the country, were defined by the British before Independence. However, China occupied Aksai Chin in Jammu and Kashmir disputed the boundary of Arunachal Pradesh in the 1962 war with India.

Except for the 1962 war in which India was defeated, the two countries have remained largely peaceful. Tensions have erupted only occasionally over the disagreement between the two armies over their jurisdiction along the Lines of Actual Control (LAC).  (Agency)