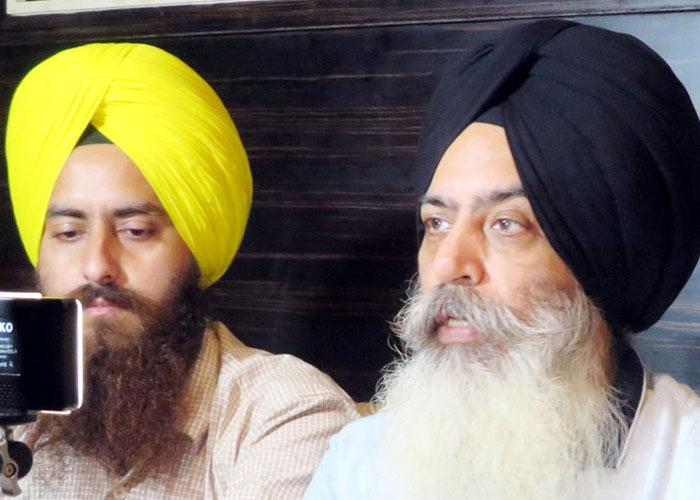 Dal Khalsa has urged Punjab Chief Minister Captain Amarinder Singh to address the fears of the people, needs of downtrodden and concerns and requirements of nurses and doctors while extending the lockdown.

HERE IS THE FULL TEXT OF THE LETTER

Like Union, the Punjab government is also contemplating to either lift or extend the lockdown. Clearly, earlier projections that all will be well after the 21-day lockdown, are not panning out.

As we are fully aware, to contain the spread of pandemic, there’s need to strictly maintain social distancing, besides testing labs, ventilators and other equipment’s to fight Covid-19. Similarly, protection of health workers, nurses and doctors, who are on frontline to fight the deadly virus, is another area of concern as lack of PPE kits has sent shock waves not only among the concerned fraternity but the society in general.

The tale of medical mistreatment and mishandling of Ragi Nirmal Singh’s cremation issue has already generated fear psychosis in the minds of people at large.

Mr CM, kindly address the fears (real or imaginary) of the people, needs of downtrodden and concerns and requirements of nurses and doctors before you announce the next phase of lockdown.

You should have direct interaction with the hospital administration and doctors for regular reality check and not to limit yourself to the top level of bureaucracy. Another area of concern is the religious profiling of Muslims at national as well as at the state level. Gujjar population in Talwara area of Hoshiarpur district has faced communal assault and economic boycott as rumours have been deliberately spread to hit their livelihood.

Deputy Commissioner of Hoshiarpur has taken a note of it and provided ration to uprooted families. However, the instigators who hurled abuses and thrashed them are yet to face police action. Your strong intervention at this stage may ensure that it doesn’t spread to other districts.

Unfortunately, there has been a concerted effort by the media and even the ruling class in trying to communalise the pandemic by suggesting that the Tablighi Jamaat event has been single-handedly responsible for us losing control over the pandemic. In this category, Malaysia is a surprising case. The country has managed to “bend the curve” despite having a Jamaat super-spreading event as well, but extensive testing and decisive steps have resulted in getting the pandemic under control.

Clearly, a nervous Modi government is seeking to shift the blame towards the Jamaat and the Muslim community in general, to avoid accountability. Whereas nobody is daring to bring on record that the lockdown got off to a disastrous start with lakhs of migrant workers panicking and rushing back home, as no relief measures were announced for these out-of-job workers along with or preceding the lockdown announcement.

As the WHO has being repeatedly saying to anyone willing to listen in the last few months, there is really no alternative to “testing, testing, testing”, India has one of the lowest COVID-19 testing rates in the world. Punjab government should focus on WHO guidelines, as in absence of a comprehensive strategy of extensive testing, the lockdown will, by itself, not stop the pandemic as the government had initially hoped.

It is harvesting season now. In addressing the farmer’s problems that include speedy storage and payments of wheat, you will have to do some balancing between social distancing and allowing their mobility to harvest and sell their products in mandi’s.

We hope and pray for your health and safety.