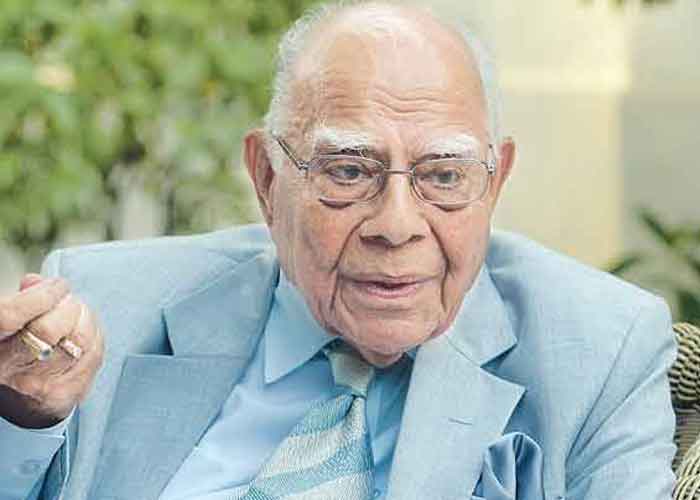 Veteran criminal lawyer and former Union Law Minister Ram Jethmalani, who passed away on Sunday morning at his residence at the age of 96, was cremated at the Lodhi Road crematorium, here on Sunday evening.

He was undergoing treatment for age-related problems. A full-time nurse was there to take care of him at his 2, Akbar Road residence.

Jethmalani’s health deteriorated over the last two weeks. He was bed-ridden for a week and had lost a lot of weight, sources close to the family told.

Politicians and senior lawyers were among those who visited the Jethmalani’s residence following the death a little before 8 a.m.

Jethmalini is survived by his son Mahesh Jethmalani and his US-based daughter. One of his other daughther died earlier.

He had also served as the Minister of Urban Development in the Atal Bihari Vajpayee-led NDA government. In 2010, he was elected as the President of the Supreme Court Bar Association.

Born on September 14, 1923 in Sindh province of Pakistan, Jethmalani completed his L.L.M. from the S.C. Shahani Law College, Karachi.

He was first elected to the Lok Sabha in 1977. He took charge as Union Minister of Law, Justice and Company Affairs in October 1999 until July 2000 in the Vajpayee government.

A noted criminal lawyer, Jethmalani has been part of legendary cases including the famous multi-crore 2G allocation case.

Jethmalani has also written various books including the “Conflict of Laws”, “Justice: Soviet Style” and “Big Egos and Small Men”.

Specialist in Criminal and Constitutional Law, he was also a part-time professor in Government Law College (Mumbai), Jawaharlal Nehru University (New Delhi) and Wayne State University in the US.

He also was made Chairman of the Bar Council of India in 1970 and member of International Bar Association in 1966.  (Agency) 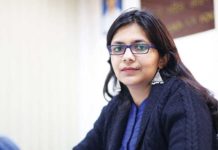