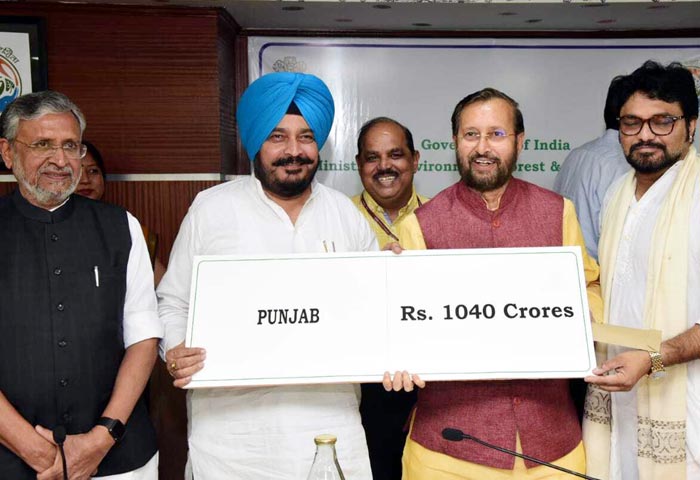 Disclosing this here today, a Spokesperson of the Chief Minister’s Office said that Forest Minister Sadhu Singh Dharamsot received a sanction letter to this effect from the Union Minister for Environment, Forest and Climate Change Prakash Javadekar in New Delhi.

The union minister also appreciated the concerted efforts of the state Government for making afforestation a mass-movement with schemes like ‘Ghar Ghar Hariyali’ and planting 550 trees in each village during the 550th Prakash Purb celebrations of Sri Guru Nanak Dev Ji.

The State intends to utilise this money in a phased manner to realise its five year perspective plan to increase its green cover as per the directives of the Chief Minister.

On this occasion, several other states also received sanction letters for CAMPA Fund from Javadekar.

It may be recalled that Capt Amarinder wrote a letter to Prakash Javadekar on August 19 after reviewing the functioning of the Forest Department on August 17, urging the Union Minister to direct the concerned officials to transfer the requisite funds due to Punjab immediately so as to enable the state to carry out the activities as per the provisions of Compensatory Afforestation Fund Act-2016.