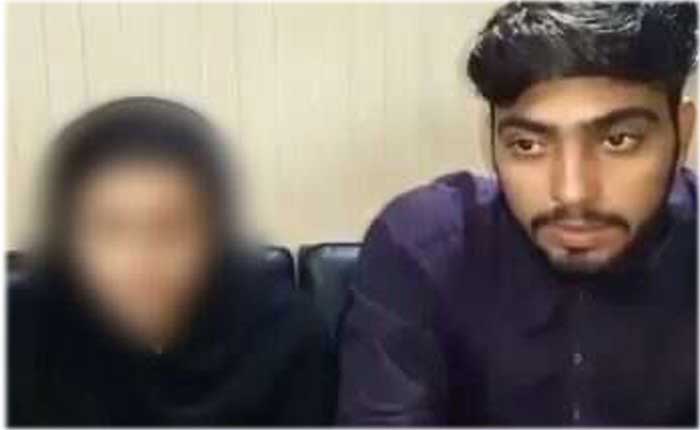 A Sikh girl who was allegedly abducted and forcibly converted to Islam in Pakistan has returned home to her family and the police has arrested eight people in connection with the incident, it has emerged.

The girl, identified as 19-year old Jagjit Kaur, was allegedly kidnapped and forced to marry a Muslim man in Pakistan.

The Indian Ministry of External Affairs said on Friday that it received a number of representations from various quarters of civil society in India and members of Sikh religious bodies on the incident of abduction and forced conversion to Islam and marriage of the minor daughter of a Sikh granthi from Nankana Sahib, in Pakistan.

India’s reaction came as Pakistan was reported to have constituted a 30-member committee in relation to the case.

However, later the girl, who is now known as Aeysha, submitted her statement with a local Pakistani court under oath saying that she wilfully embraced Islam. She also refuted charges levelled in the police complaint filed by her parents.

In a video being circulated on social media, the girl Jagjit Kaur’s brother Manmohan Singh related how his sister was forcibly abducted and warned that unless she converted to Islam, her brother and father will be killed.

“She was forcibly converted. It is my appeal to Imran Khan and Gen. Bajwa to help us, and that my sister be brought back home. We apprehend that tomorrow such incidents should not take place on the Kartarpur corridor,” he said in one video.

“We belong to Nankana Sahib. Last night, some goons came to our house and forcibly abducted our sister Jagjit Kaur and converted her to Islam. We filed a complaint with the police, but no one wanted to register our complaint. After we returned home the goons came back and threatened us to take back our complaint, or we would also be converted to Islam if we want to remain here.”

“It is our appeal to PM Imran Khan that we be given security. If this is not done, then on Aug 31 we will go to the governor’s house and commit self-immolation. We also want our sister back safe and sound,” he said in the video appeal.

The girl surfaced on Thursday after marrying a Muslim man.  (Agency)