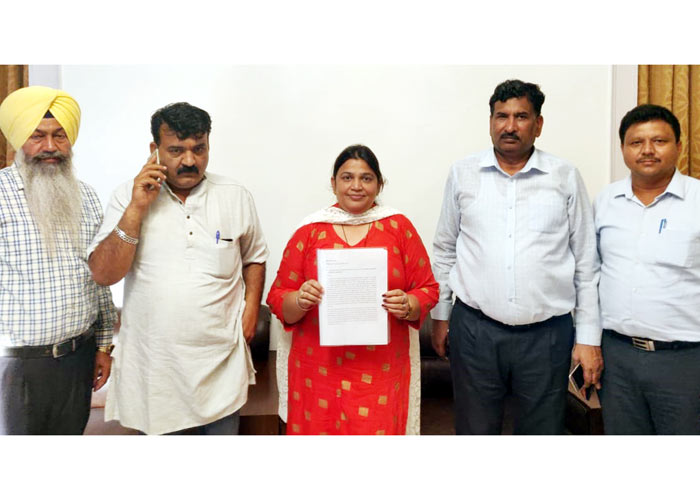 A delegation of the New Punjab Rice Millers Association (NPRMA), led by state trade wing chief of the Aam Aadmi Party (AAP) and the interim president-designate of the NPRMA, Neena Mittal on Thursday met the director of food and supplies, Punjab, seeking redressal of a series of the problems they were currently wrestling with amid the paddy season already under way in the state.

In a statement issued from party headquarters on Thursday, Neena Mittal said that a whopping amount of more than Rs 1000 crore was outstanding against the procurement agencies for the year that was, terming it as a deep-rooted conspiracy of the government to ruin the sheller industry.

The delegation stated that after the milling process, about 115 lakh metric tonnes of rice was expected to be produced from the paddy likely to be procured this season.

The government had set the deadline as March 31, 2020 under the new custom policy, by which sheller owners won’t be able to deliver the produce in view of 12 per cent rate of interest, saying that only 18 lakh metric tonnes space for storage of rice was currently available in govt go-downs/ warehouses across the state as against the required capacity of at least 70 lakh metric tonnes.

While the director made it clear that no interest would be incurred if there was no sufficient space available for the storage of rice in the state warehouses. She, however, assured of taking up the matter with the union government for redressal.

The delegation said that under the new policy, the security amount has been raised to Rs 5 lakhs (Non-refundable), which would incur an additional financial on the seller sheller owners in the state.

Mittal said that Anandita Mishra had assured the payment of dues, the process for which had already started in various districts and that in the next 2-4 days, the outstanding balance amount would be cleared. Mittal said that the government had failed to provide the required space in the state warehouses, while the neighboring state of Haryana had sufficient space in its go-downs for the storage of rice.

The AAP leader said that if the government failed to take an urgent call on the problem being faced by the sheller owners, it would have its bearings on the mandi laborers, artiyas and transporters during the peak paddy season, the association in tandem with AAP would ‘gherao’ the government.