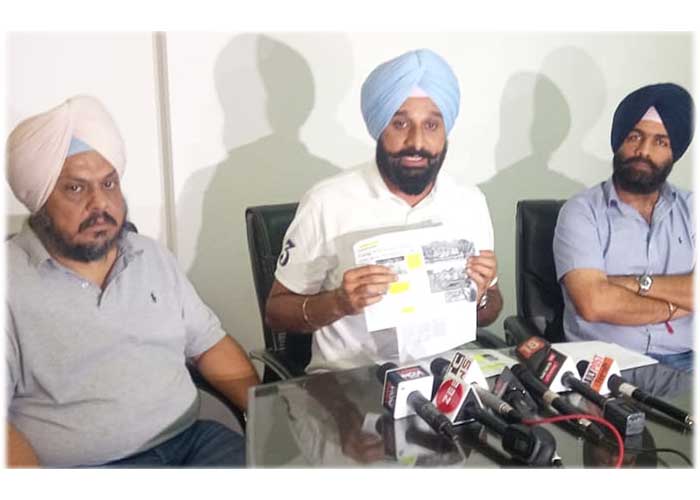 Former minister Bikram Singh Majithia today said the Aam Aadmi Party (AAP) had moved a privilege motion against a government official before the Vidhan Sabha Speaker on the directions of the Congress party and asked why it had not filed a similar motion against the council of ministers if it was really serious about nailing the culprits as well as conspirators behind the incidents of sacrilege.

In a statement here, Mr Bikram Majithia said “the truth of the matter is that AAP is acting as an agent and even a subsidiary of the Congress party. We have been stated this since quite some time and now AAP had proved that it is ready to facilitate the Congress party simply to save its position as the principal opposition party.

There can be no other reason for AAP to troop to the office of the Vidhan Sabha Speaker to file a privilege motion against only one officer who had earlier been identified by the Congress party.

Why hasn’t AAP filed a privilege motion against the SIT chief who forwarded the proposal for need for further inquiry by the CBI into the sacrilege cases or even the chief minister and cabinet ministers who came out with similar statements? This proves that AAP is playing a fixed match and facilitating the Congress party which did not want to move against its own officer.

Stating that AAP was only doing what the Congress party wanted it to do, the Akali leader said the former had enacted the drama of moving a privilege motion with the sole purpose of confusing the people and letting the Congress party off the hook. “This is also being done to intimidate officers who don’t toe the political line of the Congress party”.

The former minister asked AAP as well as the Congress party to tell Punjabis why it was afraid of a Supreme Court monitored inquiry into the cases of sacrilege. “It seems the Congress party does not have any intention of ensuring the perpetrators behind the heinous sacrileges are exposed and punished. This amounts to playing with the sentiments of Punjabis who want the mischief makers to be awarded exemplary punishment”.

Stating that Punjabis would see through this double game, Mr Majithia said there were reports of a secret meetings between AAP and the Congress party and this was the reason why whatever was proposed by the Congress was being disposed by AAP.

He said SAD would expose both AAP and the Congress party and reiterated that the only way to ensure justice in the case was by way of an apex court monitored inquiry.