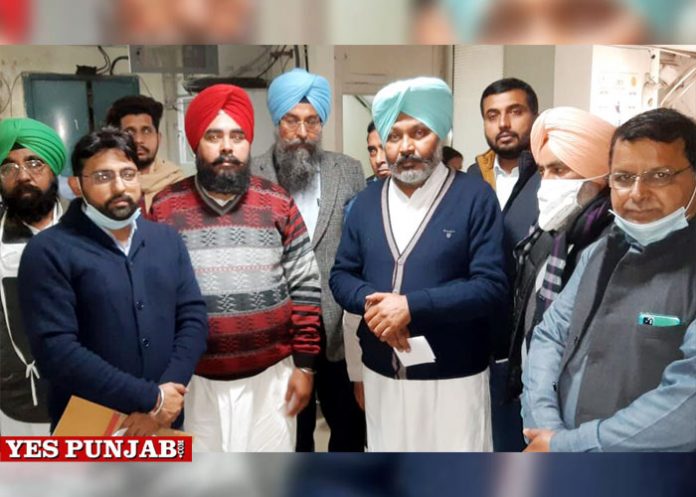 The AAP MLAs brought to the notice of the State Election Commission, that there was a growing fear among the constituency-bound voters, contesting candidates and the people that the ruling party was using government resources to win the elections. “Intimidation and greed can affect the electoral process, so long-term transfers of civil and police officers stationed at one place should be made.

It is also doubtful that just as the ruling parties used to occupy booths and vote for their candidates, this time too, the Congress party leaders can do the same,” stated the leaders.

The AAP MLAs demanded that paramilitary forces be deployed in the forthcoming local bodies’ elections across the state so that free and fair elections could be held without any fear.

Regarding the election process, the MLAs in the delegation said that the date of polling has been announced for February 14 and the date of results on February 17, and within two-days of the results of the vote; the ruling party can decide in its favour by tampering, as the number of votes in each ward was not very high.

They said that in the past whenever elections for Municipal Corporations, Municipal Councils and Nagar Panchayats were held, the results were declared on the same day. The leaders said that there were about 4,000 votes in each ward and it does not take much time to count the number of votes through EVM.

They demanded that the counting of votes should be done on the same day so that the public can avoid any confusion about the votes. On the occasion, Neel Garg, Govinder Mittal, Garry Birring, Goldy Kamboj among others were also present.