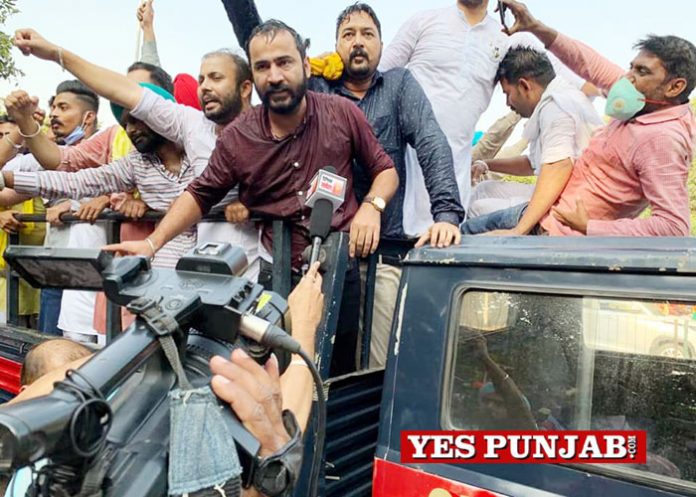 Aam Aadmi Party (AAP) Punjab leaders on Saturday slammed the BJP national president JP Nadda for using uncouth language against the struggling farmers, calling them ‘brokers’. Some of its top leaders, including women, were subjected to an unprovoked and indiscriminate torture by Chandigarh police while they were on way to lay siege to the Punjab BJP headquarters in Chandigarh.

The AAP leaders and hundreds of party volunteers staged a ‘dharna’ on the slip road near the BJP office amid chanting slogans against the entire BJP leadership, including JP Nadda, demanding that he (Nadha) should eat his words and tender his apology to the farmers.

As the protesters marched towards the Punjab BJP office, they were rained water cannons by the Chandigarh police, followed by a lathi charge, in which several leaders, including former state president of party’s women wing Raj Lalli Gill, Anu Babbar were grievously injured.

Meet Hayer, who led the protest, informed that in view of the critical condition of Raj Lalli Gill, Anu Babbar, both had to be admitted to a private hospital in Mohali. He added that the Police detained about four dozen leaders and volunteers of the party, including himself (Meet Hayer) were detained for several hours at the Sector 39 police station.

Earlier in his address, Hayer said that it was highly reprehensible on the part of JP Nadda to call the farmers who were currently fighting for their rights, as ‘middlemen” demanding that he should immediately eat his words and apologize to the farmers.

He said “Today, the BJP cadres and others who have flee the office fear the wrath of AAP leaders and volunteers. We (AAP) want to tell Nadda that the struggling farmers are left to fight on the railway tracks and on the roads against the black laws brought in by the Modi government” he said. 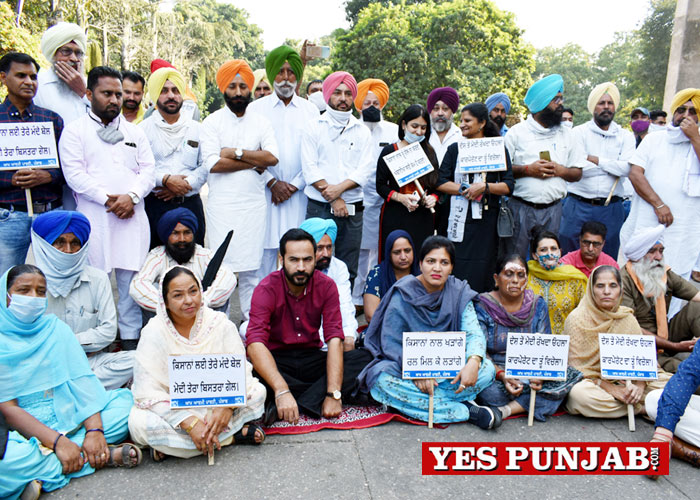 “Brokers are not the farmers or farmer organizations, but the leaders like the Prime Minister Modi and Home Minister Amit Shah Ambani-Adani who were mere pawns in the hands of Modi. He said “If the farmers were brokers, why did the government invite them to Delhi for talks and why did they ask a dozen Union ministers for virtual talks?”