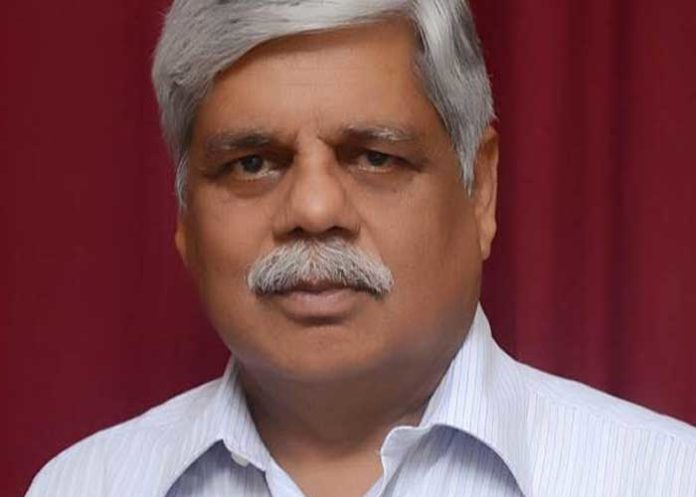 Bharatiya Janata Party MP in Lok Sabha Vishnu Dayal Ram on Wednesday, in a slip of the tongue, added “ji” after the name of dreaded terrorist Masood Azhar while participating in a discussion on a bill to amend Unlawful Activities Prevention Act.

He, however, realized this in seconds and corrected himself before speaking further on the bill that gives government power to designate individuals as terrorist.

Vishnu Dayal Ram is the member of Parliament from Jharkhand and a former Director General of Police (DGP).

In a video earlier fished out by opposition Congress, senior BJP leader Ravi Shankar Prasad was heard referring to terrorist group Lashkar-e-Taiba chief Hafiz Saeed as “Hafiz ji”. This had triggered a spat between the BJP and Congress.

Congress has been the favourite punching bag for “being respectful to terrorists” but it now seems that BJP also has its own share of leaders for suffixing “ji” after names of terrorists.

Senior Congress leader Digvijay Singh had earlier come under attack by BJP for calling Osama ji. Rahul Gandhi too has been attacked by rivals for making the mistake.

“Come on Rahul Gandhi ji! Earlier it was the likes of Digvijay ji who called Osama ji and Hafiz Saeed ‘sahab’. Now you are saying Masood Azhar ji. What is happening to Congress Party?” Ravi Shankar Prasad had written on Twitter criticizing Rahul Gandhi for calling Masood Azhar ‘ji’.

But Congress did not miss the opportunity when it got hold of the video of Ravi Shankar Prasad. With the latest blooper by Vishnu Dayal Ram, the two parties seem to have scored equally on it.  (Agency)