Home Guest Articles A dangerous spin to the Kashmir narrative – by D.C. Pathak 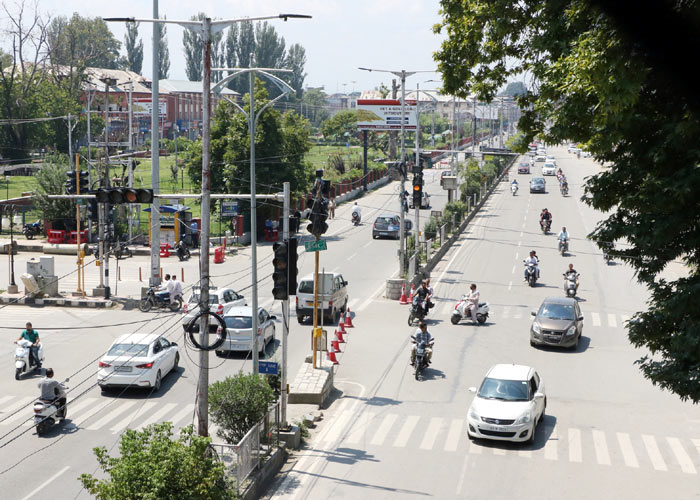 The abrogation of Articles 370 and 35A by the two Houses of Parliament of India with a two-third majority, led to sharp criticism from the principal domestic opposition in India, a predictable denunciation from Pakistan and a range of responses — from an expression of understanding of India’s case to a positive support of the move — from the international community.

The US, Russia, France and many other countries confined themselves to counselling India and Pakistan to reduce tension and sort out any issue relating to Kashmir through bilateral dialogue. They did not question India’s consistent position that J&K was an integral part of India and that the trouble in the state was caused by Pak-sponsored cross border terrorism.

J&K housed many religions and cultural traditions and the dispute about it was territorial in the sense that a part of the state — as pointed out by India — was in adverse possession of Pakistan symbolised by the LoC. It was not a ‘Muslim issue’ even though the state had a Muslim majority — the reality lying in the finality of accession of J&K into India accepted by Maharaja Hari Singh the then ruler of the princely state, in October 1948.

It is Pakistan that has taken a communal line on Kashmir, created a separatist lobby in the name of Hurriyat in the Valley led by the Jamaat supremo Syed Ali Shah Gilani to build pro-Pak opinion amongst the Muslims there and gradually established a large network of agents to cause civil disturbances as a way of protesting against the presence of security forces of the Centre.

In a carefully crafted strategy, Pak ISI first destabilised the border state of Punjab by sponsoring the Khalistan movement and then — finding that attempt failing to achieve its objective by the end of the Eighties — added on the separatist campaign in Kashmir to its plan. In the early Nineties, it embarked on a replication of Afghan Jehad in Kashmir by pumping in battle hardened Mujahideen across the LoC.

The first group of terrorists sent in belonged to Harkat-ul-Ansar comprising the Taliban and Jaish-e-Mohammad elements and soon Lashkar-e-Toiba — Saudi funded Jehadis who had been on the forefront of anti-Soviet armed campaign in Afghanistan — came on the scene in the Valley to subdue the Kashmiriyat and spread Salafi extremism there.

The Jamaatis were directed to take orders from them. The biggest misfortune of the Kashmiris was that the political leaders of the Valley, who governed them over these two decades through the democratic process, became a captive of the pro-Pak separatists just for gaining a political advantage.

They continued with the practice of non-Muslims of J&K being deprived of basic human rights of equality and employment and connived with the communal plan of Pak ISI to cleanse the Valley of Kashmiri Pandits through violent means. India has taken the right step of providing for a new governance that will eradicate the internal contradictions in the state and ensure better development and protection for all citizens of this border state.

Pakistan being in no position to directly confront India is knocking at the door of its only ‘all weather friend’ China and hoping to rake up the matter of Kashmir at UN, International Court of Justice (ICJ) or the Organization of Islamic Cooperation (OIC). India has stuck to the stand that ‘talks and terror could not go together’ and explained it to all that the governance of J&K had been taken over by the Centre only to give a better deal to the law abiding Kashmiris.

Stern steps to neutralise the mischief of Pak agents in the state were a necessary preemptive measure against the designs of a hostile neighbour. India is successfully holding out on Kashmir before the world community that was already distrustful of Pakistan — on the issue of that country providing safe haven to Islamic militants across the spectrum on its soil.

Till recently President Donald Trump of the US himself was denouncing the Pak regime upfront on this issue and chastising it for playing a duplicitous role in the US-led ‘war on terror’ against the Islamic radicals of Al Qaeda-Taliban combine as well as the ISIS.

It comes as a curious surprise to Indians that President Trump has made some comments somewhat at the cost of India on the present situation in Kashmir — even though these seemed to have been driven primarily by his keenness to keep Pakistan on his side in the context of the ongoing developments in Afghanistan.

Referring to the telephonic talks Prime Ministers of India and Pakistan had with him in the wake of the abolition of Articles 370 and 35A of the Constitution by the Indian Parliament, he stated that ‘it is a very explosive situation’ in Kashmir, ruled that it was all because of the conflict between Hindus and Muslims there and went on to say that religion was ‘the main reason for the uneasy ties between India and Pakistan’.

He reiterated his offer to mediate on Kashmir — Pak Prime Minister Imran Khan had already urged Trump to step in during his first meeting with the US President at Washington recently. Trump, it may be noted, had positively responded to what Prime Minister Modi had told him, by revealing that he had advised Pakistan to ‘moderate its rhetoric with India on Kashmir’.

His subsequent reference to Hindu-Muslim conflict in J&K is somewhat raw since this integral state had been democratically governed for long by a leadership that was chosen through adult franchise. The leaders of Valley parties, in fact, always tilted towards the predominantly Muslim inhabited Valley to the neglect of non-Muslim regions. The US President implicitly put himself on the side of Pakistan which had projected the action of India in Kashmir as an anti-Muslim move.

The strategic analysts advising President Trump perhaps overlooked the fact that injecting a Hindu-Muslim narrative on Kashmir would bring back for India the historical memory of how the country was divided on religious lines in 1947 with disastrous results and how India could never permit a communally oriented debate on Kashmir.

The democratic republic of India cannot allow Pakistan, an Islamic state, to play with any section of the Muslim population in this country. It is a matter of regret that the principal opposition in India has also criticised the new declaration of Indian Parliament regarding Kashmir as a move against Muslims of that state. The play of vote bank politics on India’s domestic scene apparently is on.

The comments of President Trump painting India and Pakistan with the same brush, however, need not upset India since these could be seen in the context of his current preoccupation with Afghanistan. Trump has said that the US was fighting the terrorists in Afghanistan despite being 7,000 miles away while India and Pakistan were not doing so ‘even after being next door’.

We should use the opportunity of working with US, Russia and others towards a democratic outcome in Afghanistan. The US President has a visceral dislike of Islamic extremism and faith-based terrorism arising from the Pak-Afghan belt. India should, therefore, continue to build convergence with US against this common threat.  (Agency)