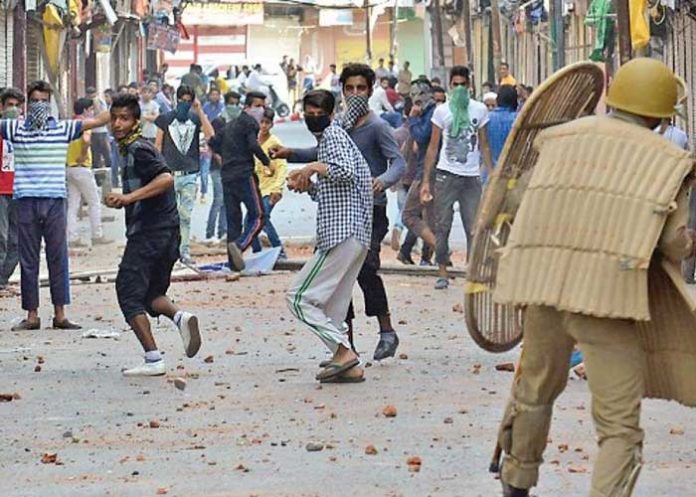 The Centre on Tuesday informed the Lok Sabha that 765 people had been arrested in 190 cases registered so far relating to stone pelting and law and order since the abrogation of special status for erstwhile Jammu and Kashmir state on August 5.

In a written reply, Minister of State for Home G. Kishan Reddy said that 361 such cases were registered from January 1 to August 5.

He said that the government has initiated multipronged policies to check the stone pelting menace and has succeeded in curbing it.

Many troublemakers have been detained under the Public Safety Act (PSA) and put under preventive arrests, Reddy said .

Citing investigations, Reddy said various separatist organisations and activists linked to the Hurriyat Conference were behind the stone pelting incidents in Kashmir Valley.

He said that the National Investigation Agency (NIA) has chargesheeted 18 persons in terror funding cases so far.

In a related question, the government informed Parliamnet that 950 incidents of ceasefire violations along the Line of Control from across the border in Jammu and Kashmir were reported between August and October.

On the question of average attendance in Valley schools since August 5, the government said that the attendance of students currently stands at 99.7 per cent during the ongoing examinations.

Initially, the attendance of the students was thin, which gradually picked up, it said.

The Centre also said that it has not issued any advisory for tourists in Jammu and Kashmir recently and that a total of 34.10 lakh tourists, including 12,934 foreign tourists, have visited Jammu and Kashmir during the last six months and an income of Rs 25.12 crore has been earned through tourism during this period.  (Agency)