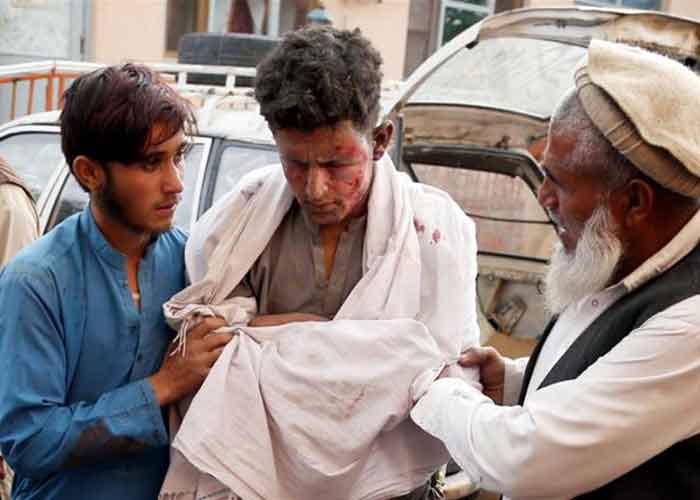 At least 62 people were killed and around 60 others were wounded in two blasts inside a mosque in Nangarhar province of Afghanistan during Friday prayers.

Attaullah Khogyani, spokesman for the Nangarhar governor, confirmed the toll.

The mosque is in the Jaw Dara area of the Haska Meyna district of Nangarhar.

According to officials, explosives were placed inside the mosque and detonated when the worshipers were busy in prayer.

Many wounded people are not in a stable condition, Khogyani said.

Sediq Sediqqi, President Ghani’s spokesman, in a tweet strongly condemned the blasts and called out the Taliban for continuing to target civilians.

The blast came after the UN released a new report on Thursday saying an “unprecedented” number of civilians were killed or wounded in Afghanistan from July to September.  (Agency)