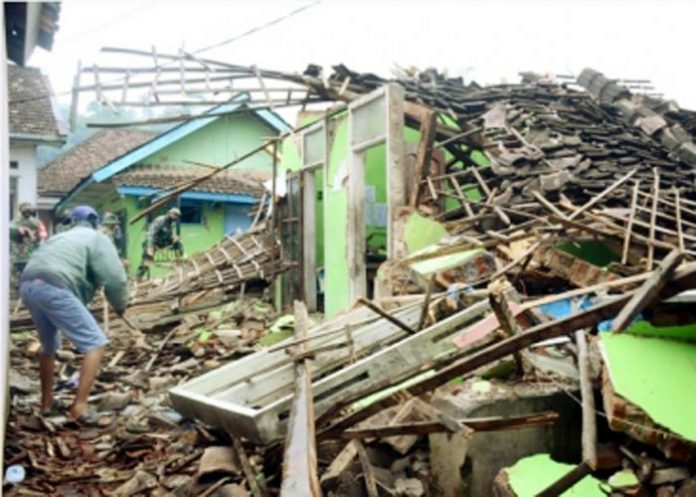 Jakarta, April 12, 2021 –
At least eight people were killed and 39 others injured when an earthquake measuring 6.1 on the Richter scale jolted Indonesia’s East Java province, the National Disaster Management Agency said.

Shelters for the evacuees and logistics facilities have been established.

Food including rice, fast food and noodles as well as blankets and tarpaulins have been distributed by the provincial administration.

The 6.1-magnitude quake hit at 2 p.m. on Saturday with the epicentre at 96 km south of Kepanjen town of Malang district and the depth at 80 km under the seabed, according to the agency.

Indonesia has been hit by other natural disasters in the past few days.

Some 167 people have been killed, while more than 40 others still remain unaccounted for due to the cyclone-triggered floods and landslides in East Nusa Tenggara province. (Agency)