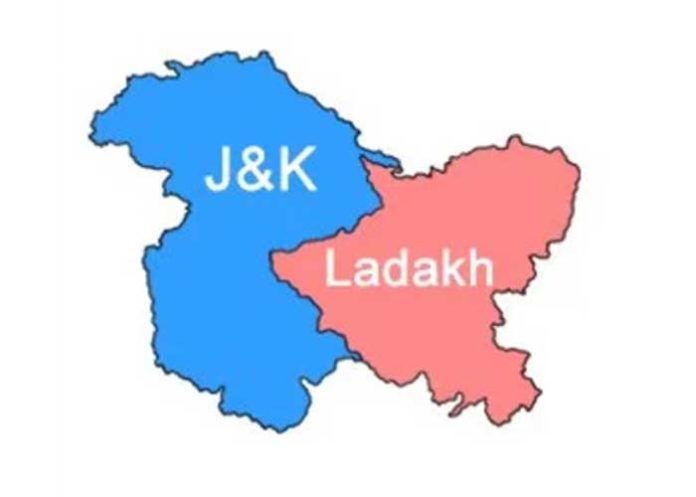 As many as 575 local youths from Jammu and Kashmir joined the Indian Army in Srinagar on Saturday, less than a month after withdrawal of special status to the state.

The youths were inducted into the Jammu and Kashmir Light Infantry Regiment of the Indian Army.

The induction into the Army in such large numbers comes at a time when there have been reports, particularly in sections of the western media, about disaffection among local youth against the central government for withdrawing special category status to the state and dividing it into two union territories.

The passing out parade of the trainees was organized at the Bana Singh Parade Ground in Srinagar in great splendour in true Army tradition.

The newly-created union territories of Jammu and Kashmir and Ladakh have been under unprecedented security cover after Parliament withdrew special status to Jammu and Kashmir on August 5 by revoking Article 370 of the Constitution.

“My father was in the Army. I was inspired to join the forces as I was impressed with his uniform. There is a lot of discipline in the Army with which I was also impressed. The Army prepares you both physically and mentally,” one of the cadets, Yaseer Ahmed Mir, told the media.

Communication channels, including mobile phones, landlines and the Internet, are yet to be fully restored across the valley after the central government clamped restrictions in the run-up to the abrogation of Article 370.

“We are happy to have completed the training successfully. Now, we only look forward to work with our regiment with full dedication and sincerity,” another cadet said.

The induction ceremony was attended by parents of several cadets too who had arrived in Srinagar from several parts of Jammu and Kashmir and Ladakh. The passing out parade was reviewed by Lieutenant General Ashwani Kumar.

“The Jammu and Kashmir Light Infantry regiment maintains very good relations with the local population. There is no lack of motivation in the local youth. I spoke to families of many cadets. It’s not that they are joining the Army simply because they don’t have any source of employment. They also have passion to serve the country,” said Lt Gen Kumar.

The young soldiers who excelled in varied facets of training were also felicitated.