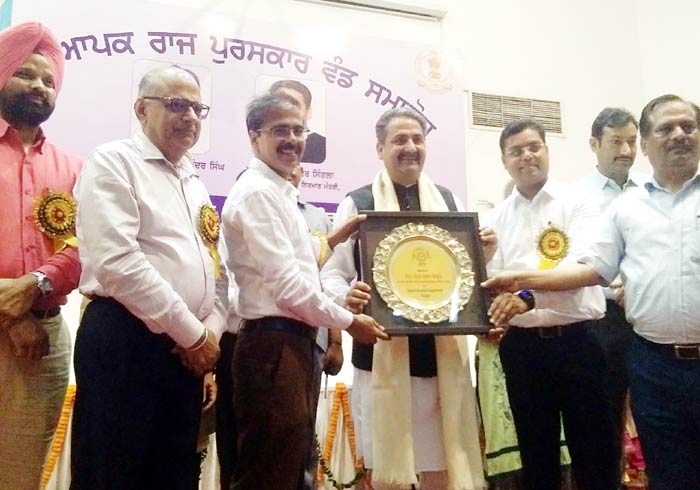 Underlining the importance of teachers’ role in nation building, the Punjab Education Minister Mr. Vijay Inder Singla has called upon the teachers to focus on to infuse moral values in the students.

After honouring 55 teachers with State Awards on the occasion of Teacher’s Day today at the auditorium of the Punjab School Education Board, Mr. Singla said that the students are the future of the country and they have to lead the nation in the future, so it is very important to strengthen their foundations.

Mr. Singla honoured 55 teachers with the State Award and thus initiated the process to hand over the appointment letters to 1933 Head Teachers and Center Head Teachers who are directly recruited. He urged the teachers to play active role in shaping the future of the students and instilling a sense of nationalistic values in them.

He said that the teachers are the guides of students who when dealing with the problems take counsel from the teachers. Thus, the teachers ensure the bright future of the country.

Congratulating the teachers who received the State Awards, the Education Minister remembered education expert, the great philosopher and the former President of India, the late Dr. Sarvapalli Radha Krishnan, whose birthday is celebrated as Teacher’s Day. He said that the state government is fully committed for the welfare of the teachers and to provide a safe environment for them. At the same time, he also urged to the teaching community to fulfill their responsibilities with utmost commitment and sincerity.

Meanwhile, the Education Minister also emphasized strengthening the school sports system and increasing sports activities in schools. He also talked about drafting a new sports policy. He said that sports are the one of tools of fitness for the children and they cannot be ignored.

In his address, Mr. Krishan Kumar, Secretary School Education, highlighted the initiatives taken by the department. While congratulating the award winning teachers, he said that other teachers would also be inspired to perform well. Referring to the direct recruitment, the Education Secretary said that this was done in a transparent manner.

On this occasion, the medalists of World Special Olympics, Abu Dhabi, were also honoured. On the occasion, 17 teachers were also given appreciation letters. 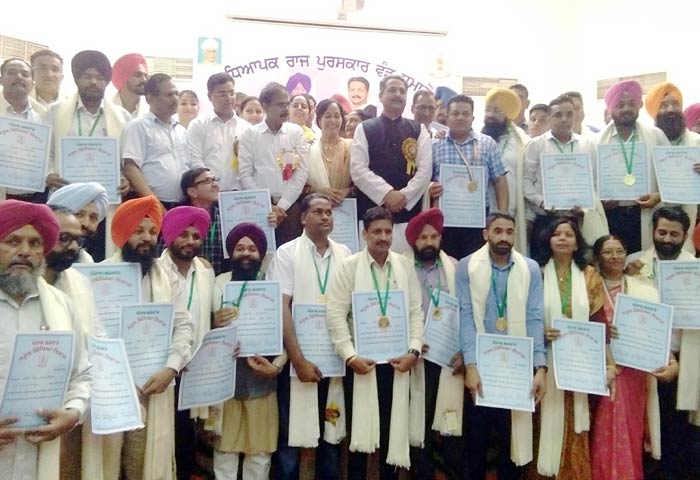