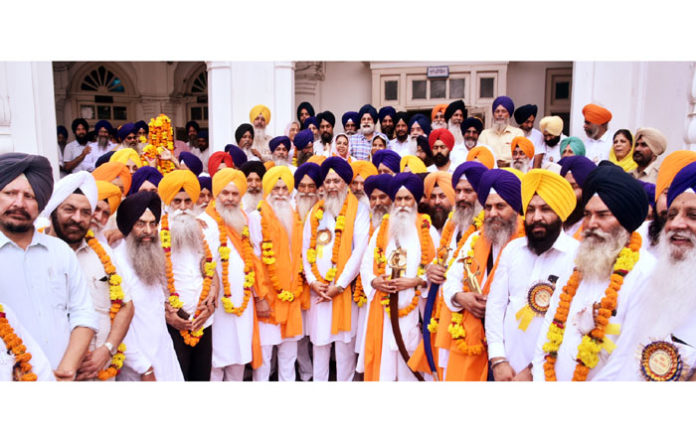 A team of over 500 Sikh pilgrims was given the visa by Pakistan to visit the Nankana Sahib as part of the 550th birth anniversary celebrations of Guru Nanak Dev, the founder of Sikhism, to be held in November.

On Tuesday, the team entered Punjab province of Pakistan. These pilgrims would begin celebrations at Nankana Sahib, Guru Nanak’s birth place, on August 1, the Pakistan High Commission said in statement in New Delhi.

The cross-border Kartarpur corridor will be inaugurated in November, during which thousands of pilgrims from India are expected to cross into Pakistan to visit the Kartarpur gurdwara, where Guru Nanak spent his final days.

“These visas have been granted over and above the issuance of thousands of visas every year under the framework of the Pakistan-India Protocol on Visits to Religious Shrines of 1974,” the statement said.

“Pakistan feels honoured that celebrations of the 550th Birth Anniversary of Guru Nanak are being started from Nankana Sahib,” it said and added, the Pakistan government was taking several initiatives to make the celebrations memorable and historic.