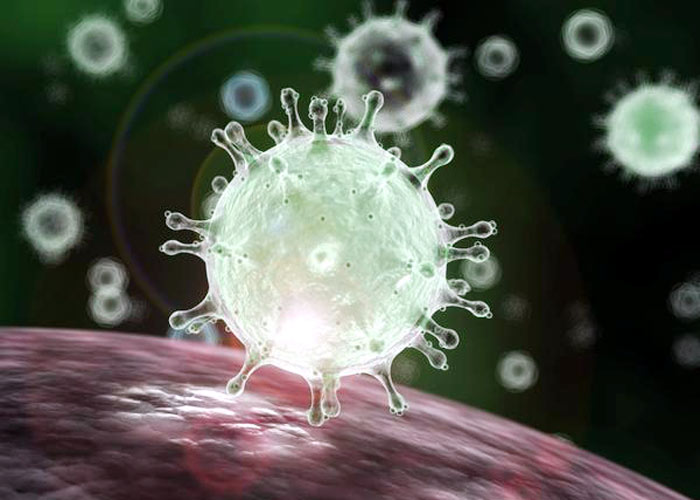 With five positive Covid-19 cases, Kerala on Sunday sounded an all-around alert, with the state police warning that those who come from countries where coronavirus is raging and fail to report to health authorities will be prosecuted.

State Health Minister K.K. Shailaja on Sunday said the state had five new positive cases at Pathanamthitta district, and that they now been isolated in the state-run hospital there.

She said the family consisting of a couple – a 54-year-old man and his 53-year-old wife – and their 24-year-old son, had come from Italy on February 29 but behaved irresponsibly by not reporting to the authorities.

“At the moment, we are more concerned at giving full medical care to the three and two of their relatives,” said Shailaja.

She said that apart from the trio, the two other confirmed cases were of their relatives – another couple.

“They are a 65-year-old man and his 61-year-old wife. We have now decided to quarantine the parents of the couple who returned from Italy and are planning to take them to the Kottayam Medical College hospital,” added Shailaja.

She said a group of health professionals are now identifying all those who travelled on the Qatar Airways flight from Doha to Kochi on February 29 along with the three.

“The family did not report about their visit to Italy at the airport counter. After reaching their home in Pathanamthitta, they never contacted the health authorities. Instead, they visited their relatives’ home nearby. It was after two of their relatives developed fever and approached the district hospital that the infection was suspected. Following queries, the officials then got in touch with the family which returned from Italy. By then they also had developed fever. Following the tests, all the five people have turned out to be positive.

“This particular family arrived on a Qatar Airways flight from Venice to Doha and from there, reached Kochi on February 29 and took a car to their home in Pathanamthitta. So, all those who have travelled on that flight should get in touch with the health authorities,” added Shailaja and said that every possible precaution has been taken and there need not be any cause for worry.

The Minister also cautioned people about any laxity. “The people at large should adhere to protocols that have been put out and all those people, who are arriving from affected countries, should report to our health authorities, if not, they are not being responsible,” she said.

Meanwhile, the district authorities at Pathanamthitta have now set up eight different medical teams consisting of two doctors and five other medical professionals who will meet and check all those people who have had some sort of contact with the five who tested positive.

Sources reveal that the three were residing in Italy and was coming home after three years.

It was only after being told that they will not be given health certificates to return to Italy, that they agreed to undergo a medical check up, as by then the two of their relatives with whom they had interacted, turned positive.

With the news spreading of their tests turned positive, reaching their parish church and the priest asked those who interacted with them to leave, panic broke out and a few of them were seen leaving.

Speaking to IANS, local legislator Raju Abraham said that by now he has gone around the locality and assuring all those who have had some contact with the three to remain calm and cool.

“I personally went and told them as a matter of caution, all of them should cooperate with the health authorities and should remain indoors. From rough estimates, the three after reaching here would have interacted with around 300 people, as they came for vacation,” said Abraham and added that the elderly parents of the man from Italy have now been shifted to the Kottayam Medical College. “Both of them are above 90 years… we are waiting for their results to come.

Authorities at the Cochin airport, where the three from Italy arrived, held an urgent meeting under Ernakulam District Collector S.Suhas and decided to identify all the 198 passengers on board the aircraft, that came from Doha and the airport personnel who had direct contact with the three.

The meeting also decided flights arriving from Malaysia, Thailand and Singapore will be given a dedicated parking bay and aerobridge.

The passengers arriving from these countries will have separate immigration and health counters, hand baggage screening X-ray, registered baggage belts and will be segregated from the other international arriving passengers.

After the last passenger disembarks, the aircraft will go a disinfection process.

It was on January 30, a medical student from Thrissur studying in China’s Wuhan – the epicentre of the outbreak – became the first coronavirus positive patient in the country and soon two of her classmates also turned positive.

All three of them have now recovered. (Agency)

ALSO READ:
Passengers from 12 countries to be segregated at airports