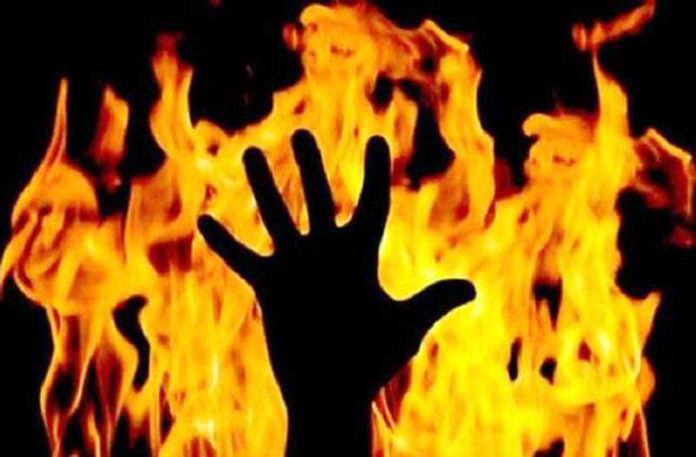 Nine out 10 injured in Delhi’s killer blaze at Lady Harding Hospital were dead on Sunday. Three out of them were minors, say hospital sources. Meanwhile, another 34 people have been reported to have died in LNJP hospital. So far, more than 60 people have been rescued.

A total of 43 people were killed and dozens seriously injured early on Sunday when a massive fire broke out in a factory in a crowded market in West Delhi’s Rani Jhansi Road area. The casualty figure is feared to increase.

Stories of loss and pain started to fly thick and fast. “Musharaff, my cousin called me at 5 in the morning and told me about the fire. I could sense fear in his voice. It was trembling,” said his cousin Bhura. He narrated, “I even advised him to jump from the building. But he told me that he was standing at a reasonable height and jumping would result in death.” Musharaff died in the blaze.

The people who died in the fire are labourers and they were sleeping in the factory when the fire broke out between 4.30 a.m. and 5 a.m. on Sunday morning.

The Fire Department said that they received a call around 5.22 a.m. and 25 fire tenders were rushed to the spot. The exact cause of the fire is yet to be ascertained but the fire officials said it could be a short circuit.

The fire which erupted in a bag manufacturing factory and spread to two other nearby buildings, said Delhi Fire Service Chief Atul Garg.

The fire broke out on the first floor and hence occupants on the second floor couldn’t escape, say eye witnesses. Many of those who were rescued were declared dead at the hospital due to asphyxia, a condition arising when the body is deprived of oxygen, causing unconsciousness or even death.

Police said an FIR has been registered against the factory owner for operating the bag manufacturing unit from a residential area and flouting safety norms. A case under section 304 of the Indian Penal Code (punishment for culpable homicide not amounting to murder) has been registered against Rehan – known by his first name – who was running the bag manufacturing unit on a 200-yard plot in the crowded market.

Police said the factory owner has not been arrested yet. Meanwhile, sources said that the Ministry of Home Affairs asked the Delhi Police to submit details of the incident and the action taken thereafter, as well as the flouting of norms. It is learnt that a report has also been sought from the city government.

“Tragic loss of precious lives in the fire accident in New Delhi. My deepest condolences with the families of those who have lost their loved ones. I pray for the early recovery of the injured. Have instructed concerned authorities to provide all possible assistance on an urgent basis,” Shah tweeted.

Delhi Chief Minister Arvind Kejriwal, who visited the victims in the hospital, described the incident as “tragic” and said firemen were doing their best.

Meanwhile, there have been high profile visits like that of Union minister Hardeep Puri, Kejriwal himself and Delhi BJP chief Manoj Tiwari. Also, there have been a slew of announcements of compensation for the victims.

The blaze is said to be one of the biggest fire incidents in Delhi after the Uphaar Cinema fire which took place on June 13, 1997 in south Delhi’s Green Park area leading to the deaths of 59 people and left over 100 injured.   (Agency)