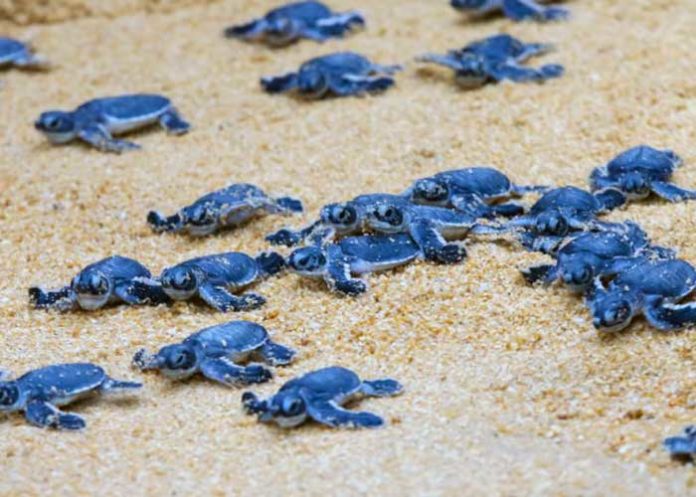 Four Indians have been arrested in Malaysia after over 5,000 baby turtles were seized from two of them at Kuala Lumpur airport and more than 14 kg of drugs were confiscated, the media reported.

Two Indians, on transit to India, were arrested after 5,255 red-eared sliders, a semi-aquatic species of turtle, were found in baskets in their suitcases by the Malaysian Customs Department, The Star reported on Wednesday.

At a press conference, senior Malaysian customs official Zulkurnain Mohamed Yusuf said the seizure was made on June 20 at Kuala Lumpur International Airport 2, from the two Indians aged 30 and 42.

They did not have permits for the turtles, he said. They could face up to five years in prison and a fine, the BBC reported.

“The two men had just arrived from Guangzhou, China. The checks conducted on their luggage led to discovery of the red-eared slider tortoises. They were kept in baskets in their suitcases,” he said.

Officials said the turtles, worth about $12,700, were intended to be sold as pets in India. Further inspections showed not all survived the trip as the suitcases had no special tools or food to keep tortoises alive, the report said.

Malaysia is a major transit point for wildlife smugglers, who typically go on to trade in other Asian countries. “The import of tortoises without licence is an offence under the Customs Act 1967. Both suspects have been remanded and will be charged soon,” Yusuf said.

The tortoises, he added, would be handed over to the Wildlife and National Parks Department.

Red-eared sliders are the most popular turtle in the pet trade, according to the International Union for the Conservation of Nature. They are classified as an invasive species in a number of habitats.

Talking about another case, Yusuf said authorities found 14.34 kg of methamphetamine worth 717,000 ringgit (5.36 million baht), hidden in special compartments in boxes that were hand-carried by two Indians.

One of them had flown in from Hyderabad on June 19 and another on June 20 from Bengaluru, he said. They were not believed to be linked with each other, he added.

The men, both aged 30, believed to be drug mules, could face death penalty if convicted, reports said.  (Agency)