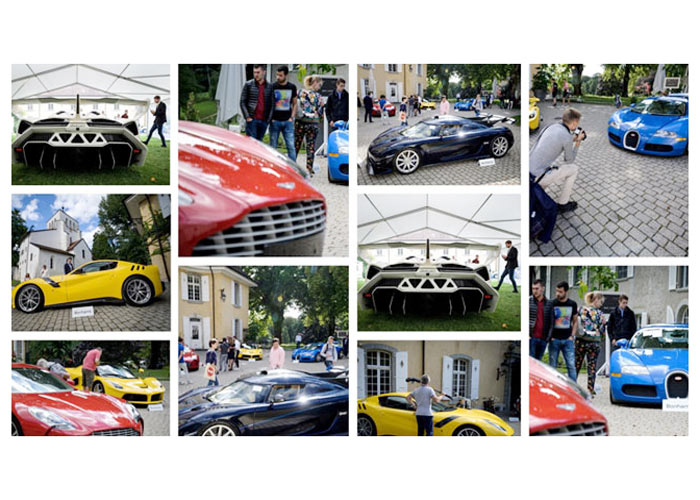 Over two dozen supercars, including Lamborghinis, Ferraris and Rolls Royces, confiscated from the son of Equatorial Guinea’s long-ruling President Teodoro Obiang Nguema are being auctioned off in Switzerland, reports said.

The cars were seized by Swiss authorities as part of an investigation into Teodorin Nguema Obiang, deputy to his father, who has ruled the small west African nation since 1979.

As many as 25 of Obiang’s cars, including a Lamborghini Veneno Roadster valued at up to $6.2m, and an Aston Martin One-77 Coupe, are going under the hammer at a golf club near Geneva and are expected to fetch about $18.5m in total, the BBC reported.

“Cars like this would be the jewel of any collection, but to have them all together is really quite extraordinary,” Lynnie Farrant, press officer for auctioneer Bonhams, told the BBC.

The cars were seized by Swiss prosecutors as part of an investigation into Obiang, 51, who served as an adviser to his father and also as the Agriculture Minister before being appointed Vice President in 2012. He usually figures in international media for his extravagant spending habits and playboy lifestyle.

Swiss prosecutors were investigating him for money laundering and misusing public funds, but had dropped the case in February this year. In 2017, a French court handed Obiang a three-year suspended jail term for corruption.

The proceeds of the sales will be donated to a charity in Equatorial Guinea, a former Spanish colony where poverty is rife despite oil being found there.  (Agency)