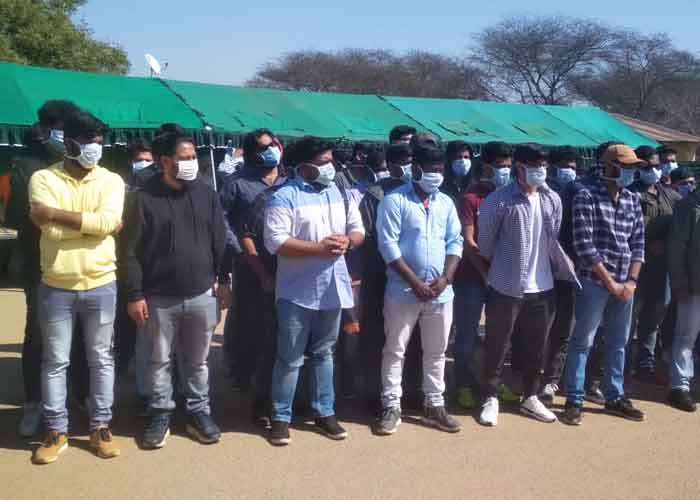 A total of 248 Indians, mostly students, suspected to be affected by coronavirus and who had undergone treatment at an Indian Army quarantine base in Manesar, are all set to return home on Tuesday.

These students who came in distress from China’s Wuhan heaved a sigh of relief after they came to know that they will be taken to Indian Army quarantine area for two weeks.

But the Army, which after a short notice on January 27 started setting up the quarantine base for these affected students, were taken aback after civilian contractors refused to provide waste management system and electricians and plumbers also backed out at the last moment.

“We are Indian Army soliders. We will never back out. We set up the quarantine area within two days. All the students were brought and now all of them are healthy and have no sign of coronavirus,” Major General R. Datta told.

The officer further stated that they have suggested the students to take care for the next 14 days and if they face any health problem, they should immediately report to the concerned civil hospital.

“We had made arrangements for whoever had any symptoms so they could be taken to the base hospital,” the officer said.

“We had 10 barracks and we formed a group of 22 students and thereafter segregated them,” said Major General Datta who was heading the entire set up.

Their luggage was also treated and buses in which they travelled were also disinfected and sent back.

There were morning and evening teams to check the students. When they were out of barracks, the facility was also disinfected.

“All the students had given a consent for quarantine. They were informed over there. Our team was counselling them and we had psychologists for these students,” the officer said.  (Agency)