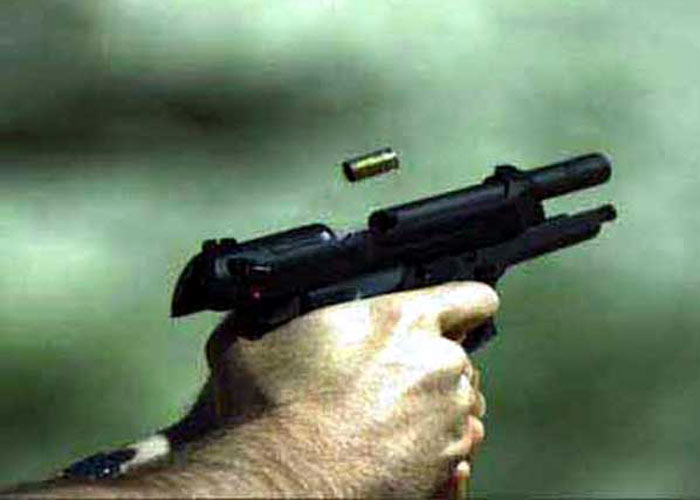 New Delhi, Oct 27, 2020-
A day after a college student was shot dead in Haryana’s Ballabhgarh area in broad daylight while she was returning home from college, the police have arrested two persons in connection with the case, officials said on Tuesday.

The incident took place on Monday afternoon at around 4 p.m. when the deceased Nikita Tomar was returning from Aggarwal College after an exam. The two men tried to abduct the victim, and when she resisted, one of the accused persons pulled out a revolver and fired at her, the police said.

Soon after the incident, Police Commissioner O P Singh formed 10 teams from the Crime Branch to nab the culprits.

The two accused persons were produced before a court which granted two days police custody.

“During the custody remand, the murder weapon, vehicle used in the alleged crime etc would be seized from them. They would also be questioned thoroughly to ascertain the reason for committing the offence,” a senior police official said.

Meanwhile, the victim’s family claimed that she was attacked outside her college by a man who was infatuated with her and committed the act after she refused his proposals repeatedly. The other accused is his associate, they said.

The family members told the media that a case had been filed by them against the main accused in 2018, but the matter was later settled.

The killing of the girl in broad daylight led to massive protests in the district with the protestors seeking stringent action against the accused. The victim’s mother, who also sat on protest, said that she won’t cremate her daughter until the two accused persons are “encountered”.

Friends of the 21-year-old girl too held protests outside her college demanding stringent punishment to the culprits. (Agency)