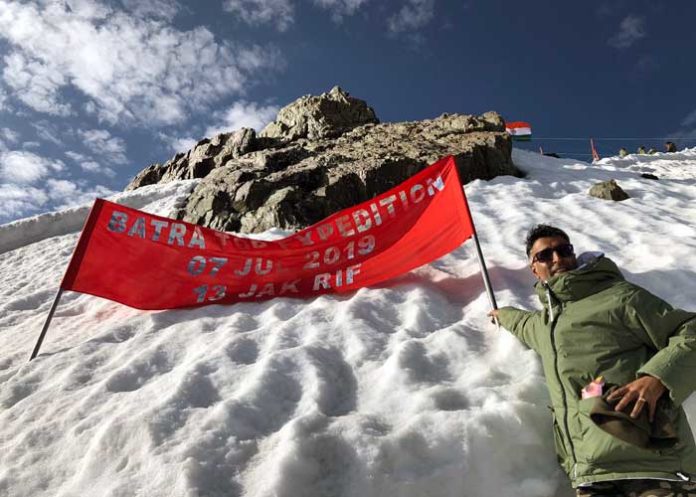 Twenty years afer the Kargil War, martyr Capt Vikram Batra’s twin brother on Sunday paid tribute to him at the 16,000-foot Himalayan peak from where his brother had led the assault to drive out its Pakistani occupiers.

Capt Batra’s daring assault enabled the Indian Army to recapture the crucial peak named Point 4875 in the limited war over the icy heights of Kargil in Jammu and Kashmir in May-July 1999.

“All that I can say is one needs to visit these shrines captured by all our brave Indian soldiers who make it so easy for us to live peacefully,” Vishal Batra, a Chandigarh-based banker, tweeted after climbing the hilltop christened ‘Batra Top’ close to the Line of Control.

“Can’t express it in words as one needs to feel what the Indian Army does. Visiting the peak was like a shrine one could just imagine to visit.”

Various events, including expeditions by units, were organised to mark the day at high-altitude locations like Tololing, Tiger Hill and Point 4875.

Vishal Batra was dropped by helicopter to Point 4875.

In another tweet, he said: “Either I would hoist the tricolor or I would come back wrapped…20 years later (which is 7th July 2019 today), the Indian TRICOLOR unfurls yet again showing the Dominance of our Indian Army and it’s Brave Hearts.. Jai Hind.”

Himachal Pradesh’s Palampur is the hometown of Captain Batra.

In late July 1999, India retook all the positions that had been occupied by the Pakistan Army and mujahideen irregulars.

India lost 527 soldiers and Pakistan lost upwards of 700 men in the over two-month-long conflict.  (Agency)