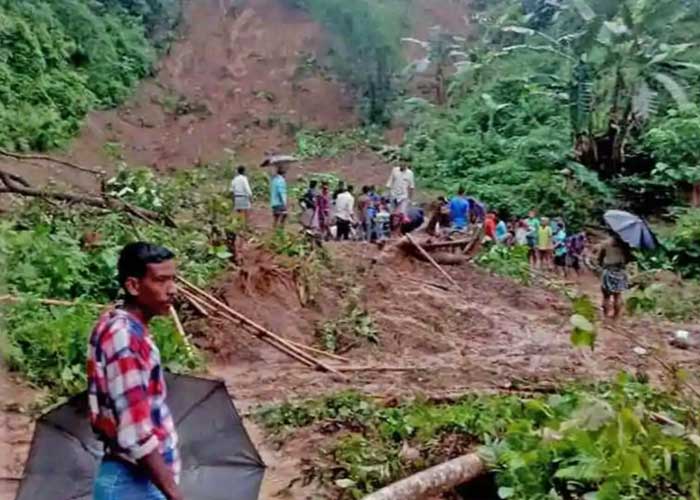 At least 20 people, including three children, were killed in three separate landslides in southern Assam on Tuesday, officials said.

According to the district administration officials, among the dead seven each were reported from each in Cachar and Hailakandi, and six from Karimganj.

Several others were also injured.

Officials said that in Cachar district’s Jaypur, Tajim Uddin Laskar and his his three daughters and three sons were buried alive when a mudslide hit his house.

Police recovered Laskar’s wife and another son alive and took them to a government hospital.

In the second incident in Hailakandi district’s Algapur, seven people including four women and a child of two families were killed.

In the third incident in Karimganj district’s Kaliganj area, six people including three women and two children were killed.

Several teams of the Assam State Disaster Response Force, police accompanied by local people recovered the bodies and injured people from all the places and took them to the hospitals.

Chief Minister Sarbananda Sonowal condoled the deaths and asked the district administrations to take all steps to help the affected families.

He also asked the officials to sanction financial aid to the families of the victims.  (Agency)