Home National 2 Most Wanted criminals arrested, had committed crimes in Delhi, UP, MP... 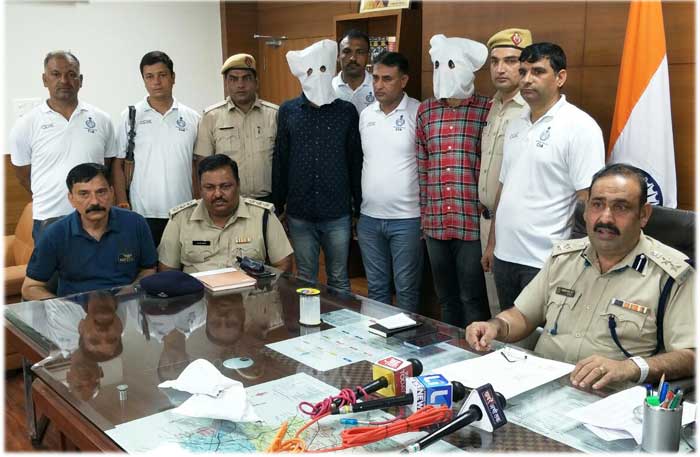 In a major break-through, Haryana Police has arrested two criminals who were on the most-wanted list in the States of Delhi, Uttar Pradesh and Madhya Pradesh following a brief exchange of fire from district Jhajjar. Two country-made pistols, seven live-cartridges and a motorcycle were also recovered from their possession.

While stating this here today, a spokesman of Police Department said that arrested accused were identified as Sanam Dagar alias Sonu, a resident of Samaspur Khalsa, Delhi and Ibrahim alias Cheeku, a resident of village Bawana in Delhi.

During preliminary interrogation, it was revealed that about 21 cases pertaining to murder, attempt to murder, loot and ransom were registered against them in Delhi, UP, Madhya Pardesh and Haryana. Both were arrested by a team of Crime Investigation Agency following secret information from near village Jassaur Kheri in district Jhajjar.

The spokesman said that a trap was laid after getting secret information about most-wanted criminals coming on motorcycle towards Aasouda. After some time, when Police team tried to stop two persons riding on a motorcycle, the pillion-rider started fire on the Police. When the driver tried to escape by turning back motorcycle, the bike slipped and fell down. The driver also fired on police team, which in retaliation opened aerial fire and nabbed them.

A case has been registered against them in Aasouda Police Station. Further investigation is underway.